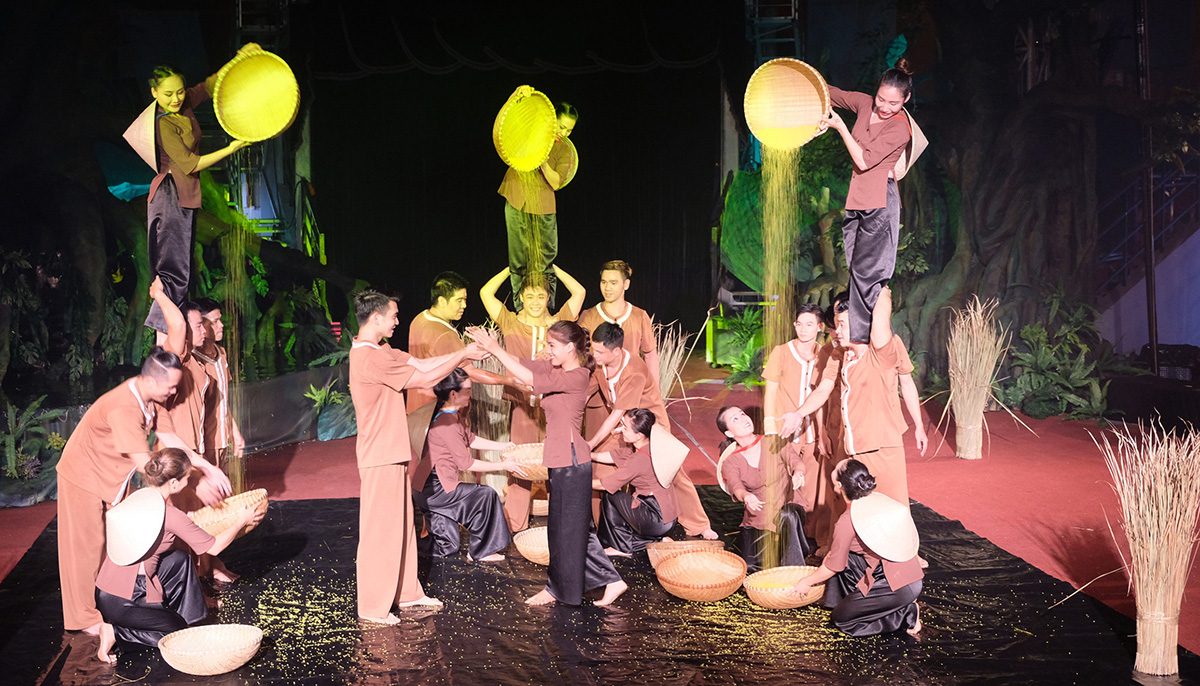 Mekong Show, a performance consisting of puppetry and a circus coming this July, is expected to be an inviting and spectacular show to satisfy audiences in Ho Chi Minh City.

The show, whose script was written by Le Quy Duong and directed by Nguyen Phi Son, is the Phuong Nam Art Theater's key art project in 2020.

It received an investment of around VND1 billion (US$43,000) from the municipal Department of Culture and Sports.

The Mekong Show is scheduled for a two-night debut at 8:00 pm on July 4 and 5 at Gia Dinh Park on Hoang Minh Giam Street in Phu Nhuan District, Ho Chi Minh City.

During the 60-minute art show, the audience will experience snapshots of life in Vietnam's southern region dating back more than three hundred years.

Lively scenes recreating how the local people of the past co-existed with wild animals, such as tigers and crocodiles, in the Mekong Delta region promise to bring an immersive experience.

The stories of the region’s first land explorers, whose bravery and hardworking contributed to the Mekong Delta’s prosperity and wealth, will also be told on the stage.

The musical art of ‘don ca tai tu’ and various folk songs typical of southern Vietnam handpicked by musician Ho Van Thanh for the show will accompany the artists’ performances, highlighting the indigenous culture of the delta.

‘Don ca tai tu’ is a musical art that evokes people’s life and work on the land and rivers of southern Vietnam. The art style was officially recognized by UNESCO as an intangible cultural heritage of humanity in 2013.

With an aim to appeal to young audiences, Thanh also incorporated elements of contemporary music into the traditional musical pieces.

"To induce an effective impact from the show, we had to carefully choose which kinds of musical instruments [were to be used in the show], especially the percussion instruments to evoke the Mekong Delta's characteristics," Thanh told Tuoi Tre (Youth) newspaper.

Mekong Show is one of the biggest theatrical performances the Phuong Nam Art Theater has produced.

Around 50 performers have been rehearsing for 20 days to prepare for the show, according to the show’s director Nguyen Phi Son.

The Phuong Nam Art Theater's management board hopes to get more constructive feedback after the debut of the show to gradually improve its quality, said board director Le Dien.