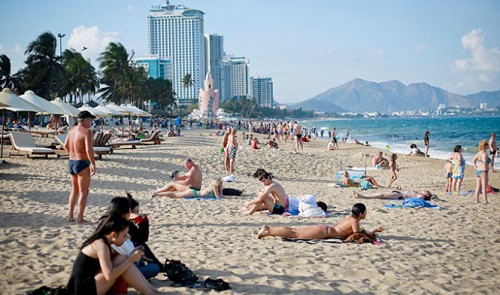 Int'l arrivals to Vietnam fall 10% on drops from China, Russia

Vietnam welcomed around 10 percent fewer international tourists in the first two months of this year than a year earlier, as the tourism industry posted drops in the number of Chinese and Russian vacationers.

As of the end of last month, more than 1.45 million international tourists had visited Vietnam, according to data released by the Vietnam National Administration of Tourism.

Of these, 1.17 million traveled by air, down 7.3 percent compared to the same period last year. The number of tourists traveling by sea fell a massive 39.2 percent year on year, whereas the fall in the road segment was 18.2 percent.