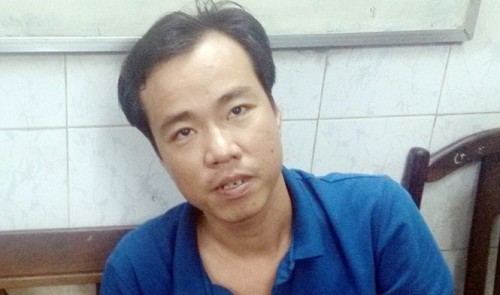 Ho Chi Minh City police said on Monday they had arrested an Uber driver who mugged a pregnant passenger.

Tran Duc Trong, 31, driving for Uber, an American taxi-hailing service, threatened his passenger, B.T.B.T., 24, and stole her smartphone and VND3 million ($133) in cash on August 25.

However he failed to get away with the theft as all of his information is shown publicly via the taxi app.

Trong was soon caught and held at the police station in District 1.

Reports initially said that T. had used the app to get an Uber car to Le Duan Street in District 1 and Trong arrived to pick her up.

Noticing he was driving the wrong way, she notified the driver, but he ignored her and drove her to an alley. Trong then locked all the doors and mugged his pregnant passenger.

After taking T.’s property, the driver left her on Thi Sach Street, District 1, and fled before being caught by police, the reports said.

“We show no tolerance to illegal activity, either by passengers or drivers,” an Uber spokesperson told Tuoi Tre (Youth) newspaper on Monday.

“We will continue to support the customer and work with local authorities during the investigation and handling of the case.”