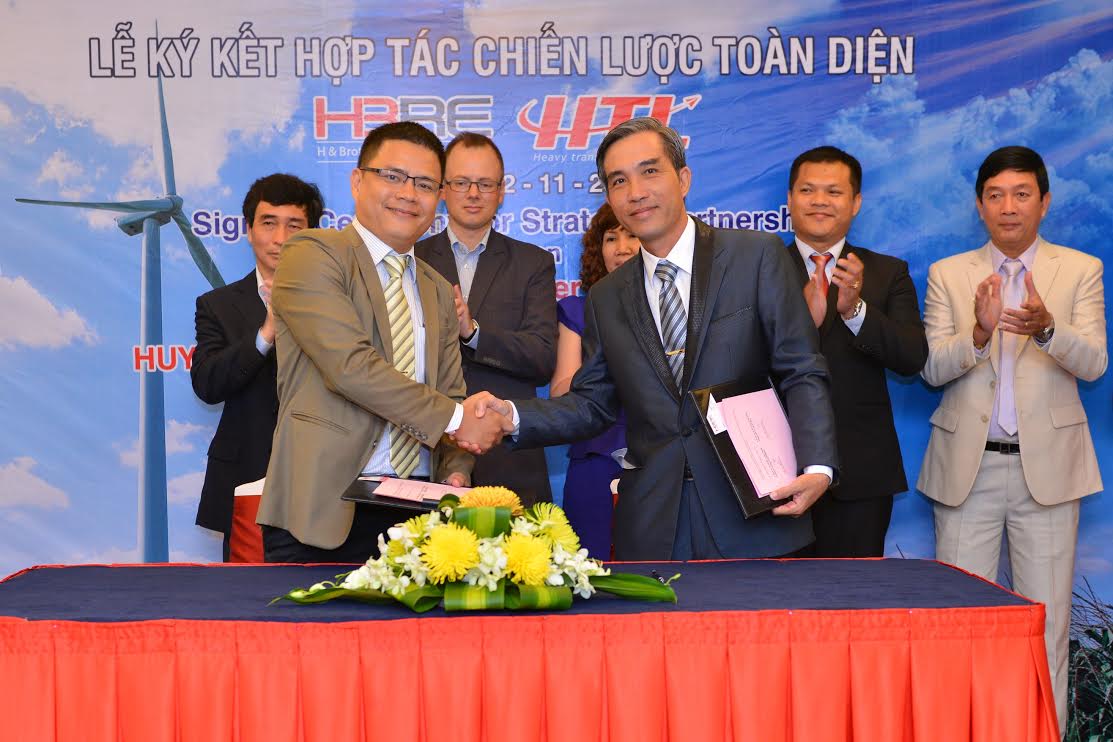 HBRE and Huy Hoang Transportation & Logistics Corporation (HTL) have signed a framework agreement on comprehensive strategic partnership with the aim of promoting investment efficiency for renewable energy projects in Vietnam, the company said in a press release.

Under the agreement, HTL will become the official EPC (Engineering – Procurement – Construction) contractor in implementing the whole process from designing, supplying materials and equipment, to constructing, testing and handing over to the project developer.

HTL will become an equity investor in this project, with a contribution of VND150 billion ($7.06 million).

The Central Highlands, including the provinces of Dak Lak, Dak Nong, Gia Lai, Kon Tum and Lam Dong, is considered by leading global wind turbine manufacturers as one of the regions with the highest potential for wind energy in the Southeast Asian country, with an average wind speed of 7-7.6 meters per second, according to HBRE.

The HBRE project will be carried out in three phases from now to 2020, with an expected total capacity of up to 120 MW, the company said.

The first phase, with a capacity of 28 MW and total investment of nearly VND1.4 trillion ($65.89 million), is hoped to begin generating electricity in June 2016, with production of more than 100 million kWh per year, according to HBRE.

“After finishing three phases, it will become the largest-capacity wind farm in Vietnam, with production of 400,000,000 kWh per year, equivalent to demand from 200,000 households,” the company said.

Tran Viet Hung, deputy head of the Central Highlands Steering Committee, said HBRE is the first company to run a wind power project in the region.

“Hopefully, the cooperation between HBRE and HTL in this project will bring a prosperous outcome that contributes to Tay Nguyen’s sustainable development and the general development of renewable energy in Vietnam,” he said in a statement.

HTL is also the contractor of the Bac Lieu wind power project in the eponymous province of Bac Lieu in the Mekong Delta, the first ten turbines of which were commissioned in May last year.

"This cooperation is also great motivation for HTL to contribute more to the development of potential wind power in Vietnam,” HTL director Ho Xuan Hung said.

On September 23, HBRE and General Electric (GE) signed a memorandum of understanding for cooperation in developing the Central Highlands wind farm.

A month later, HBRE officially chose GE as the provider of 14 turbines for the first phase of the project.