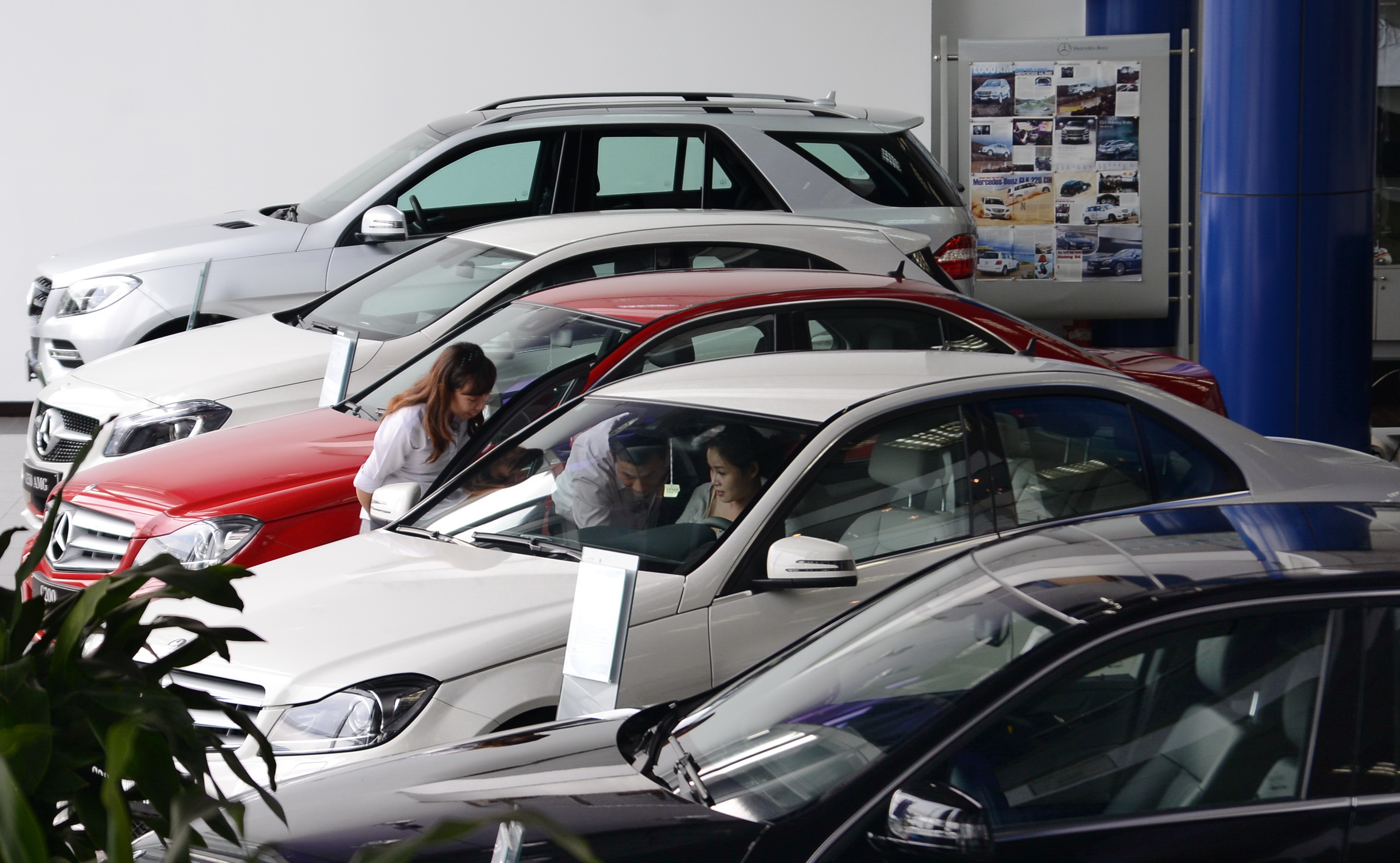 Vietnam may halve prices of small imported cars from 2019

The price of small imported cars may go down sharply in the next four years given the adjustment in taxes levied on them following the commitments of Vietnam to join multiple regional and international free trade agreements, local media reported, citing the information provided by the Tax Policy Department in a recent press meeting.

The price drop in imported cars with engine capacity smaller than one liter is due to the exemption of import tax and the drop in special consumption tax, according to news website VnExpress, citing calculations by the department under the Ministry of Finance in the meeting on Tuesday.

The prices of such small cars may go down by 42 percent compared to the current rates, VnExpress quoted Pham Dinh Thi, head of the Tax Policy Department, as saying.

According to the latest report submitted to the National Assembly earlier this week, the finance ministry expects a drop in excise duties on imported cars with engines of two liters or below following the economic integration commitments, Thi said.

As seen in the roadmap on excise tax reduction for imported cars with nine seats or fewer, the special consumption tax rates will drop from 45 percent to 40 percent, 30 percent and 20 percent by June 2016 to 2017-end, 2018, and 2019, for cars with engines of one liter and below.

The tax adjustments are aimed at promoting the use of small cars prioritized for the local market, as the vehicles with small engine capacity have low fuel consumption and are more affordable to the Vietnamese market, Thi said.

Meanwhile, as promised when Vietnam joined the ASEAN Economic Community, a regional free trade area which will become effective by the end of this year, import duties levied on cars of ASEAN origin will be fully removed by 2018.

According to Tax Policy Department head Thi, the removal of the import duty will lead to the reduction of special consumption and value added taxes.

However, the government has decided to increase the special consumption tax for bigger imported cars of 3-liter engine capacity and above, which will double the tax rate on some specific car lines, Thi said.

From July 2016, cars with bigger engines will have the following special consumption taxes applied; 90 percent on three-to-four liters, 110 percent between four and five, 130 between five and six, and 150 percent on anything with more-than-six-liter engine capacity.

The reduction of taxes on small cars and the increase of duties on bigger vehicles send a clear message to manufacturers, he added.

The reason tax rates will fall dramatically by 2019 is that a tax reduction roadmap gives investors clarity on when to boost investment in the industries that support cars in Vietnam, as it often takes 2-3 years for a project to be fully operational, Thi explained.

The tax reduction will not hurt revenue in Vietnam, according to the projection of the ministry, on the contrary, it will help enlarge the market by 2.5 times, he said.

The more cars people buy, the more taxes that will be collected, he added.

With current levels of tax, a US$20,000 2-liter car imported into Vietnam, after being levied a 60 percent import duty, 45 percent special consumption rate, and a 10 percent value added tax, will be priced at $51,040 for end-users.

The report by the ministry makes it clear that the new taxation mechanism, a proposal the finance ministry submitted to other relevant state agencies for evaluation and recommendations in June this year, will not drive the price of imported cars up.

After the Trans-Pacific Partnership (TPP) trade agreement is executed, the manufacturers of auto parts from the TPP member countries may relocate their plants to Vietnam, an expert in the automotive sector told Tuoi Tre (Youth) newspaper.

The TPP deal, which aims to liberalize commerce in 40 percent of the world's economy, was reached earlier this month.

The deal is now pending approval by lawmakers in all TPP countries, which include Australia, Brunei, Canada, Chile, Japan, Malaysia, Mexico, New Zealand, Peru, Singapore, the U.S., and Vietnam.

If approved, the TPP pact would cut trade barriers and set common standards for what will be the world's largest free-trade zone.

Vietnam’s auto industry cannot develop for many reasons, one of which is the domestic market is too small and not attractive enough to investors, he said.

However in the future, when the TPP accord is in effect, foreign investors specializing in automobile parts, especially Japanese firms, will enjoy preferential tax rates by sending the parts to the parent companies to assemble, before shipping to other TPP markets.

It is a rare opportunity to revive the automobile support industries in Vietnam, and needs smart solutions to take advantage of it, the expert said.

While Thailand and Indonesia, two countries having advantages in manufacturing auto parts and components for the automotive industry in the region, are not TPP members, Vietnam has certain advantages in this sector compared to other TPP members, he added.

However, for exporting automobiles, low production costs in Vietnam, around 80 percent lower than that in Japan, are not a decisive factor as auto part manufacturing has many stages, which rely mainly on machinery, another expert remarked.

Moreover, the market size in Vietnam is very small, less than 10 percent of the Japanese market, so parts manufactured here will cost more, making it hard for them to compete, he said.

Still, Yoshihisa Maruta, general director of Toyota Vietnam, said that if Vietnam selects the appropriate lines for development, its automotive industry still can grow and compete.