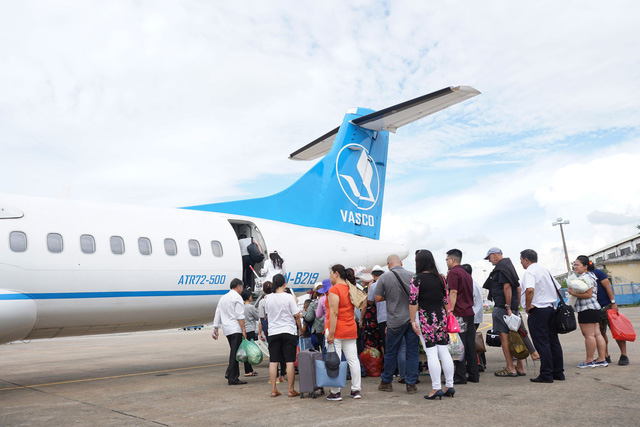 Technical faults with a plane traveling between the mainland of southern Vietnam and a well-known island group in the East Vietnam Sea have forced more than 100 passengers to stay on the islands, presenting the airline with difficulty in offering accommodation to the customers.

One hundred and fourteen passengers were stranded on the Con Dao Islands on Saturday, said Vietnam Air Services Company (VASCO), the operator of the plane with the glitches.

The operator refused to reveal the technical problems.

It said it has cooperated with relevant local authorities to arrange places for the passengers to wait for the flight, which was slated for Sunday.

The sheer number of passengers exceeded the capacity of hotel rooms on the islands, for the weekend is the peak time for occupancy.

The airline, however, “has until now given enough accommodation for the customers to stay in on Con Dao safely,” a VASCO representative said.

The operator added it would pay compensation for the affected passengers and refund the ticket fare upon their requirement.

VASCO manages eight ATR-72 planes on short domestic trips, such as those between Ho Chi Minh City and Ca Mau, Vietnam’s southernmost province; the Con Dao Islands and Kien Giang Province, in the Mekong Delta region; and Can Tho City and Phu Quoc Island.