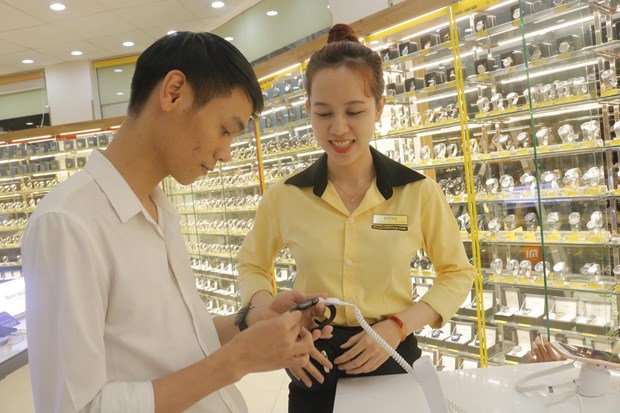 The Gioi Di Dong (Mobile World, the biggest mobile phone and consumer electronics retailer in Vietnam, has recently announced its goal of becoming the No. 1 wristwatch retailer in the country by grabbing a 50 percent market share by 2020.

“By the end of this year 30 percent of the wristwatch market share in Vietnam will be held by MWG and the figure will jump to 50 percent by June 2020,” said Doan Van Hieu Em, CEO of The Gioi Di Dong JSC.

For a giant retailer like MWG, famous for the successful thegioididong.com and dienmayxanh.com chains, the goal is eminently reachable, evidenced by its results during the nine months since it started this new business of selling wristwatch.

After starting to sell watches in March, MWG’s achievements were beyond expectations: it now has around 100 shops, each of which sell 500-700 watches a month, equivalent to revenues of US$30,000-45,000.

“I believe that soon the watch market will be carved into two shares, one for Mobile World and one for the rest,” Hieu Em said.

“We are confident of achieving the goal because at Mobile World we never do things by halves; when we have a dream we pursue it at any cost.”

The success of dienmayxanh.com and thegioididong.com has in fact taught MWG plenty about the retail market and helped it become competitive in the watch business.

Mobile World does not incur any additional costs when selling watches with the shop-in-shop model. It merely needs to install some cabinets to display watches at its 2,000 dienmayxanh.com and thegioididong.com stores which have footfall of 20,000 and 45,000 per month.

Mobile World told online news site bizhub.vn it has started to tie up with foreign suppliers, as no local importer or distributor can fully meet its needs.

The tie-ups not only mean Mobile World is not dependent on middlemen but also address customers’ pain points like fake products and high prices.

In other words, the company is easily able to offer customers authentic products at reasonable prices.

Currently, the company has so far signed deals with famous brands like Seiko, Citizen, Tissot, Michael Kors, Fossil, and Casio besides some Chinese brands.

“We recognize Mobile World’s huge capacity in the wristwatch market and determination to succeed,” a Casio spokesperson remarked.

“Our company is going to have a strategic agreement with the company soon.”

Mobile World is one of the top retailers in the country and among the 100 biggest in Asia.

The US$75-million Vietnamese wristwatch market has enormous potential with huge and growing demand. But for a long time it has been plagued by fakes and wildly inconsistent prices.