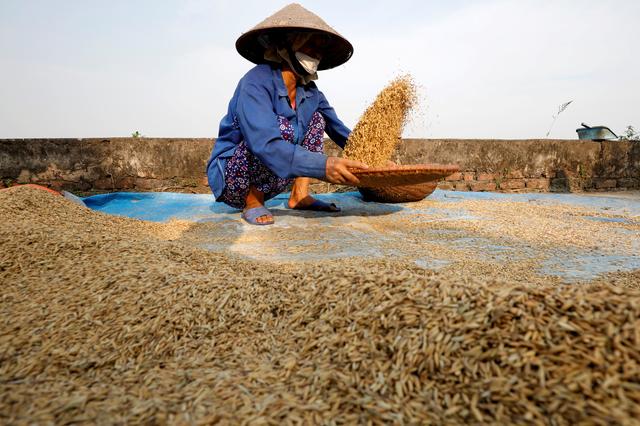 Vietnam's rice export prices hit a more than nine-year high this week as fresh orders trickled in, while rates for the Indian variety held near a one-month peak on healthy demand from buyers in other Asian countries and Africa.

"Demand is picking up and we're seeing more ships docking at Ho Chi Minh City port for rice loading," said a trader, adding that: "prices are expected to stay high as global demand for the grain is still strong amid the coronavirus pandemic."

Traders said on Wednesday the Vietnam Southern Food Corp had won a contract to export 50,000 tonnes of 5% broken rice to Bangladesh, which is traditionally the world's third-biggest rice producer but has turned to imports after repeated floods.

A food ministry official in Bangladesh said the country had approved the purchase of 100,000 tonnes of rice, 50,000 tonnes each from India and Vietnam.

In top rice exporter India, prices for the 5% broken parboiled variety were unchanged at their highest since mid-February, at $398-$403 per tonne.

"Buyers have increased purchases for April and May shipments," said an exporter based at Kakinada in the state of Andhra Pradesh.

Some traders attributed the price change to a fluctuation in the exchange rate. The baht has dipped 2.9% versus the U.S. dollar since the start of the month.

Others who quoted prices higher than last Thursday said export rates reflected a rise in domestic prices, which they attributed to tighter domestic supply concerns on anticipation of drought.

"There could be less supply this year, so stockpiling has pushed up domestic prices," a trader said.