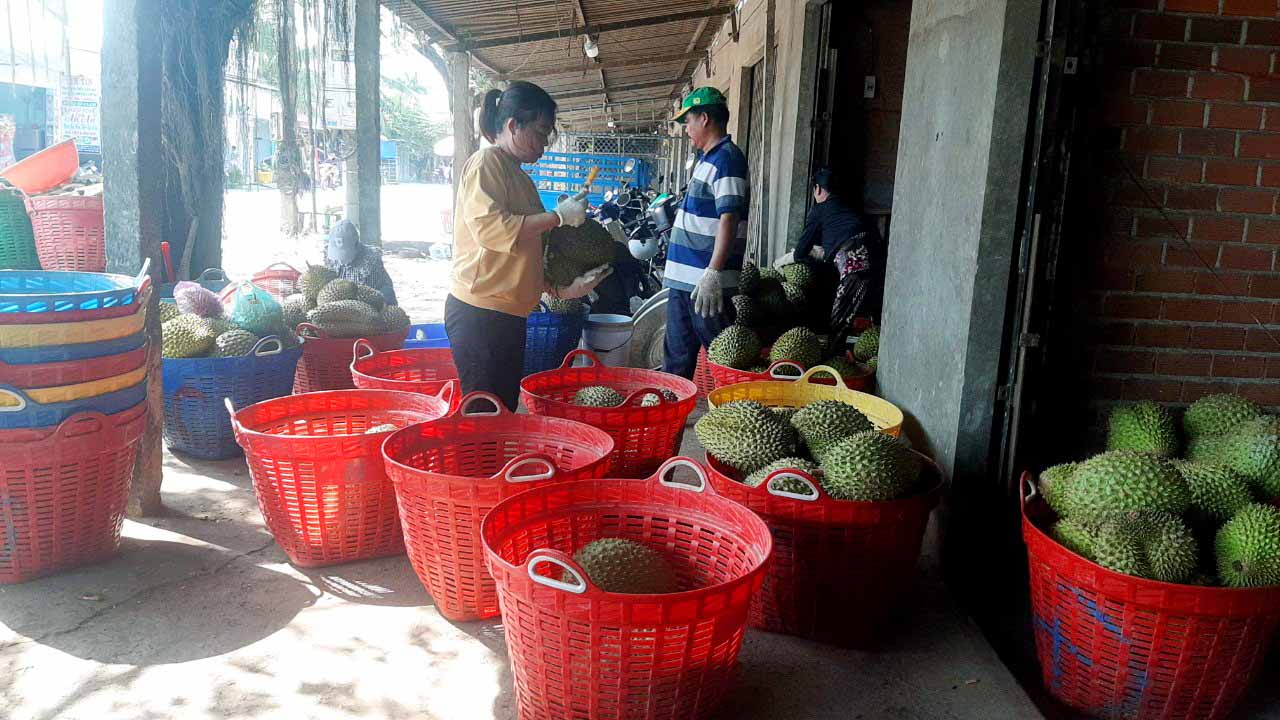 The export prices of several distinctive fruits in Vietnam’s Mekong Delta such as durians, bananas, and mangoes have doubled over the same period last year, bringing joy and excitement to local farmers.

According to Nguyen Loi Duc, 69, from An Giang Province, the exportation of bananas to China via official channels is more favorable after the two countries signed a protocol.

“My bananas are in full harvest, with two containers of 80 metric tons of bananas shipped every three days,” Duc elaborated.

The Mekong Delta currently has nearly 35,300 hectares of bananas with an output of 478,877 metric tons, Duc continued, adding that the demand for this fruit is still high.

In Dong Thap Province, the current price of longans is about VND20,000 per kilogram, said Le Van Hung, director of An Hoa Safe Agricultural Products Cooperative.

"In the coming time, we will also export dried longans to the Chinese market through official channels,” Hung added.

The production value of perennial crops in the first nine months of the year reached VND3,825 billion, and the mango industry alone earned VND1,883 billion, according to Tran Thanh Tam, director of the sub-department of cultivation and plant protection of Dong Thap.

“The average price of mangoes ranges from VND20,000 to VND80,000 a kilogram, while profit increased by nearly VND381 million per hectare,” Tam stated.

The production cost of Chau Thanh longans is VND9,452 a kilogram and the selling price is VND22,000 per kilogram, thus profit is about VND176 million per hectare.

Other fruits are selling at VND7,500-35,000 a kilogram, and profit is about VND19-530 million per hectare, the official elaborated.

In Tien Giang Province, around 8,000 hectares of durians have entered the harvest season, with traders offering the buying price of around VND80,000 a kilogram.

With this price, farmers can expect to earn a net profit of VND600-800 million per hectare, the highest among other specialty fruits in the province.

The prices of some key fruits of the province also increased sharply in the past week, said Vo Phuong Thuy, deputy director of the Tien Giang Department of Industry and Trade.

“Mangoes and longans are two of the province's key agricultural products, which have been exported to the U.S. and EU,” Thuy said.

The province is also making necessary preparations to export durians to China through official channels.