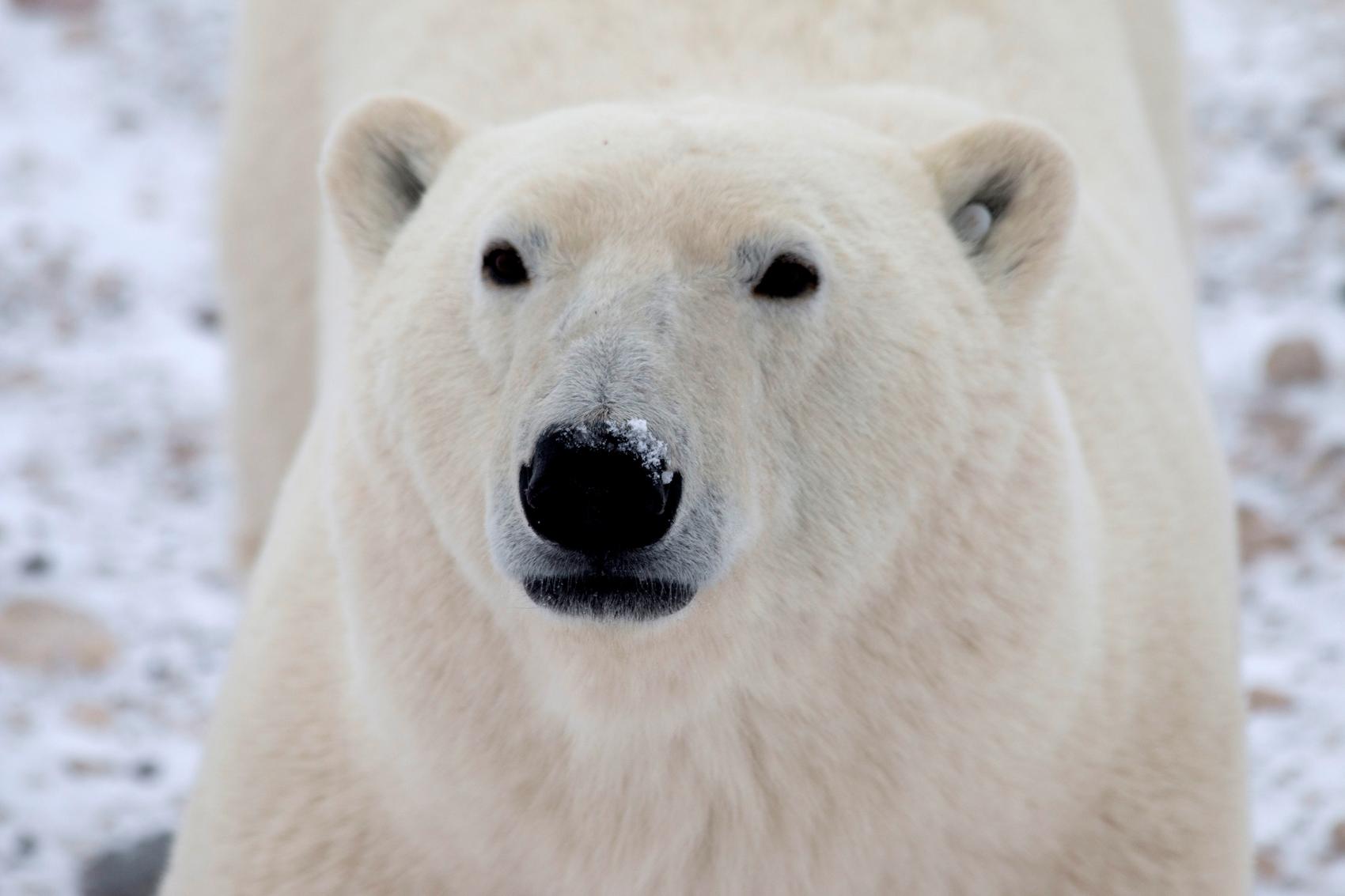 Churchill, Canada - Along the frosty coast of Hudson Bay, hundreds of polar bears have been wandering for weeks, waiting for the wintertime sea ice to form so they can return to hunting ringed seals.

Until then, they represent a danger to the 900 people living in nearby Churchill - a remote, sub-Arctic town in Canada famous for the visiting carnivores.

The town is working on a plan to prevent conflicts between hungry bears and humans, using a new radar system that can watch and warn when a bear approaches and do so in a snowstorm and during the dead of night.

“The radar can see through all of that,” said Geoff York, senior conservation director at Polar Bears International who has been “training” the system’s artificial intelligence this year to recognize bears on the tundra near Churchill.

“It’s one more way to keep communities or camps safe.”

Next year, the system will be deployed for the first time at a tourist campsite near Longyearbyen, a former coal-mining town on Norway’s Svalbard archipelago, where a Dutch man was killed by a polar bear in August.

That bear was shot by authorities to prevent another attack.

As climate change warms the Arctic faster than the rest of the world, the region has been drawing more tourists, at least until the coronavirus pandemic severely restricted travel.

Churchill’s last bear attack was in 2013, when a wayward animal mauled a young woman walking home from a Halloween party. The woman survived after receiving 28 staples to her scalp. Two bears were killed in response.

Mounted on the tundra where bears congregate during the migration to the sea ice each year, the bear radar, or “Beardar”, was adapted from a system designed by a private surveillance firm for military use.

The system’s computer algorithm has been learning to distinguish bears from other large objects, including caribou, vehicles and humans.

When the radar detects a bear ambling toward a human settlement, it will alert conservation authorities who then deploy a range of tactics from rubber bullets to helicopters to shoo the bear away.

Otherwise, authorities only know of a bear approaching when a person spots it.

When a two-year-old male bear was seen scrambling over a rocky stretch by the nearby historic Cape Merry battery site in late October, conservation officers deployed a helicopter and for three hours it buzzed in the sky above the bear.

Eventually the animal turned back toward wilder areas.

Churchill’s residents are used to living alongside hundreds of bears for part of the year: as a rule, townfolk leave car doors and homes unlocked in case someone needs to take shelter from the animals.

“You’re just always aware,” said longtime resident Joan Brauner. “I always have a cocker pistol on me whenever I go out.”

A 24-hour hotline receives up to 300 tips on polar bear sightings each year. Rangers patrol the town by truck.

When a bear repeatedly gets too close, it is trapped and transferred to what locals call the “polar bear jail” in an old military aircraft hangar until it can be moved to the coast.

“Generally, we handle 30 to 50 bears every season,” said conservation officer Andrew Szklaruk. As the region continues warming, that number could grow.

Bears rely on sea ice as a hunting platform, waiting by holes in the ice for seals to come up for air.

But as the Arctic has warmed more than twice as fast as the rest of the world over the last three decades, that ice breaks up earlier after each winter and takes longer to form in autumn.

This year’s sea ice formation has been particularly slow across the High Arctic due to warmer water temperatures and a record summer heatwave.

In the Hudson Bay area, bears are often staying up to four weeks longer on land than the four months or so they spent there in the 1980s. During that time, they fast and lose about 2 pounds of body fat daily.

“Bears here are not as big as they used to be in their overall frame,” said Cassandra Debets, an Arctic ecologist at the University of Manitoba.

Because malnourished bears can experience reproductive failure, scientists have projected that polar bears could disappear from the Arctic almost entirely by 2100 as the sea ice continues to diminish with climate change, according to a study published in July in the journal Nature Climate Change.

Four of the 19 polar bear populations across the Arctic and sub-Arctic are already in decline, including the Western Hudson Bay bears, while the status of others remains unknown.

As the Churchill bears wait for the ice this year, one impatient juvenile male checked out the saltwater slush and then returned to the tundra.

Another young male munched on a pile of kelp - a sign of boredom, scientists say. It will be a few more days before the ice is thick enough for him to head out and hunt again.