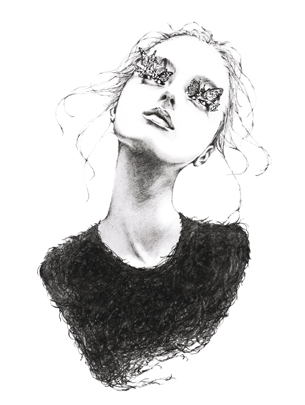 In a pursuit to bring art to the masses, young American photographer Alexander McMillan has begun publishing a series of free books that feature the art of local and expat artists living in Ho Chi Minh City.

McMillan and his colleagues released their first “Saigon Artbook” on Oct 17 under their The Others Creative House imprint.

One year ago, the young man abandoned teaching Shakespearean literature in HCMC-based international schools to work as a professional photographer. He opened his own studio, AlexbyAlex, and has collaborated with several famous brands and special events.

The more McMillan became engrossed in local art and mingled with local artists, the more infatuated he became with the beautiful, dynamic city he lived in. He noticed that young people living in HCMC have a refined taste in art but usually can’t afford tickets to shows.

He and his friends came up with a plan to help the local art community. They would create and publish a series of books every three months. The books would feature three local or expat artists living in HCMC and their artwork. To mark the release of each book, the group would hold a free art party during which attendees could meet the featured artists and other art enthusiasts.

The idea was enthusiastically embraced. However, McMillan and his team encountered considerable difficulty in getting sponsorship, as sponsors were skeptical of the project’s feasibility.

Somehow, the team managed to publish 500 ad-free copies of their first “Saigon Artbook” edition, which features Sandrine Llouquet, Ayano Otani and Truc-Anh. They are all working artists in HCMC who, despite their talent, remain unfamiliar to most local art lovers.

38-year-old French artist Llouquet, who has lived in Vietnam since 2005, paints travel-themed water colors, each of which depicts steps of the ego formation. Meanwhile, Japanese artist Otani makes art from fusing ornamental tree stems, animals, and insects into strange but compelling portraits. 30-year-old Truc-Anh, a Vietnamese French artist, who settled in HCMC in 2011, takes photos and creates still object installations in HCMC by various means such as theater arches, posters, and landfills.

These artists are all enthusiastic about their love of the youthful, dynamic, and chaotic atmosphere of HCMC.

McMillan and his team are working on their second book, expected to come out in Jan 2014. This will feature artists in other artistic arenas such as fashion, music, film, and fine food.