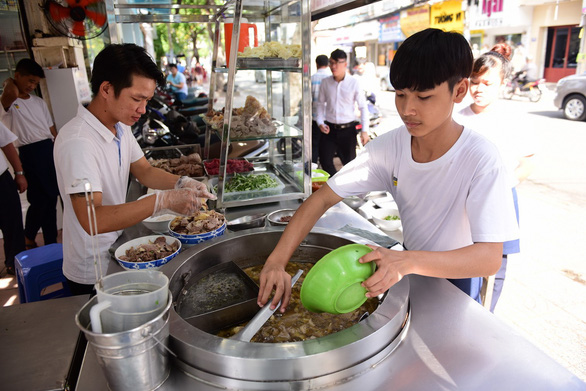 The third annual 'Day of Pho,' an initiative by Tuoi Tre (Youth) newspaper, officially kicked off with a press conference held at the paper's headquarters on Thursday morning.

December 12 was officially designated as the 'Day of Pho' – a celebration of Vietnam’s most popular dish – in 2018, one year after the first 'Day of Pho' was held.

This year’s 'Day of Pho,' themed 'Honoring the Quintessence of Vietnamese Culinary Culture,' will be held on December 8 at White Palace on Pham Van Dong Street in Thu Duc District, Ho Chi Minh City, with support from Acecook Vietnam.

Speaking at Thursday’s event, several Vietnamese culinary experts remarked that pho has reached the same level of fame as other popular international dishes, such as Italy’s pizza, Japan’s sushi, and Thailand’s tom yum.

“I think Vietnamese people are happy to have the opportunity to eat pho every day,” said Kajiwara Junichi, general director of Acecook Vietnam.

“It’s a perfect dish that Vietnamese people can be fully proud to introduce to the world.”

Several activities are planned to be held in honor of the special day, including a charity event set for December 12 in which pho will be cooked and served to underprivileged children at To Vinh Dien Elementary School in the rural district of Bu Dang in the southern province of Binh Phuoc.

Additionally, the 'Day of Pho' will also boast a competition in which various pho brands will battle it out for the title of the best pho in Vietnam.

Do Van Dung, deputy editor-in-chief of Tuoi Tre, expressed his wish that the 'Day of Pho' will continue to be held annually in order to preserve the culture surrounding the traditional dish and encourage increased participation in the celebration.