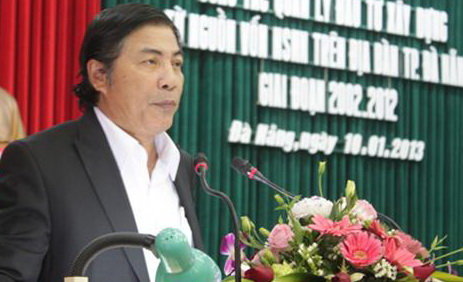 The scheduled flight for Vietnam’s ill anti-corruption leader, Nguyen Ba Thanh, to return to Vietnam has been delayed due to bad weather in the U.S., while Vietnamese authorities reject the rumor that his myelodysplastic syndrome is due to poisoning.

>> Vietnam rejects rumor of death of anti-corruption leader Nguyen Ba Thanh After four months and 19 days of treatment for myelodysplastic syndrome at a private hospital in the U.S., Thanh, chief of the Central Internal Affairs Commission of Vietnam, was slated to fly from the U.S. to Vietnam on Monday morning, but the flight has been postponed due to bad weather conditions, a source told Tuoi Tre (Youth) newspaper at 10:30 pm on Monday. “At 10:30 pm on January 5 (Vietnam time), it was raining heavily amid strong winds in Seattle, Washington. The temperature in the open air was 12 degrees Celsius. Such weather conditions are not safe for small planes to take off,” the source said. Thanh will be accompanied by his relatives and three American doctors on another flight to Vietnam in the coming days, according to the source. Huynh Duc Tho, deputy chairman of the Da Nang City People’s Committee, later confirmed the flight delay to Tuoi Tre. “I have been told by Thanh’s family that his flight has been delayed due to weather,” Tho said. If the flight had not been postponed, Thanh would have arrived in Da Nang at about 8:35 pm Tuesday, he added. Meanwhile, the management of the Da Nang General Hospital convened a meeting on Monday evening to review their preparations to receive Thanh. An advanced respirator and a well-furnished ambulance have been made available to serve Thanh’s treatment in the days to come. On Monday afternoon, Vo Cong Tri, standing deputy secretary of the Da Nang City Party Committee, lead an expert team to examine preparations at the hospital’s oncology department, where Thanh will be treated. The department has already arranged a special room equipped with an electronically operated bed and other modern medical facilities for Thanh. On the same day, the city’s Party Committee also held a meeting on receiving and treating Thanh, who is the former secretary of the Da Nang City Party Committee and former chairman of the city People’s Committee.   In addition, Thanh now is deputy head of the Central Steering Committee for Anti-Corruption led by Party General Secretary Nguyen Phu Trong.Poison rumor rejected   Meanwhile, Professor Pham Gia Khai, chairman of the medical council of the Board for Protection and Care of Health of Central-Level Officials, strongly rejected the Internet-spread rumor that Thanh’s myelodysplastic syndrome had been caused by poisoning. “First of all I can say that the rumor is a lie,” Prof. Khai said. “I have read the rumor on the Internet and that is a complete fabrication,” he said. As the country is going to experience many major political events, “sensational news like that has emerged,” he explained. The professor said he and Nguyen Quoc Trieu, head of the board, will fly to Da Nang at 3 pm Tuesday for a possible consultation session with doctors there on Wednesday about Thanh’s health situation. Thanh is a high-ranking official, so he is eligible to enjoy healthcare standards under prevailing regulations, but so far he has been treated in the U.S. “not with money from the State budget,” Prof. Khai said. On Monday afternoon, Tuoi Tre reporters visited the office of the board asking Trieu for official information related to Thanh’s health conditions, and he said the board will release an official notice soon.

Several days ago, the board also rejected another rumor that Thanh had passed away or had already been sent back to Da Nang.

After he fell sick with myelodysplastic syndrome in August 2014, the Party Central Committee agreed for Thanh to be treated in the U.S., and on August 16, Thanh’s relatives took him to a private hospital in the U.S. for treatment, the board added.