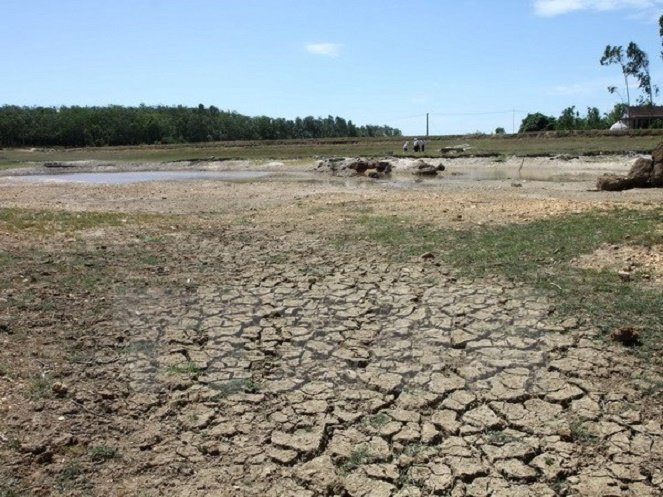 Authorities in the south-central Vietnamese province of Ninh Thuan have proposed that the World Bank send financial aid for the locality to build qualified irrigation systems in order to cope with drought.

The proposition was offered during a meeting on Monday when delegates of the Ministry of Agriculture and Rural Development (MARD) and the World Bank made a field trip to study the consequences of the current drought and climatic changes in Ninh Thuan.

Minister Cao Duc Phat said that Ninh Thuan has been facing the worst drought in the last ten years.

The central government has given the province VND40 billion (US$1.9 million) in financial help for short-term solutions for easing the impact of the drought.

The construction of the Tan My project started in 2010 but it has been delayed owing to a lack of investment.

The MARD has helped Ninh Thuan seek financial aid from the World Bank to raise its capacity for irrigation and the prevention of drought.

The current drought has hit Ninh Thuan the hardest compared to other provinces and cities in the central region.

It is forecast to last till September and has closed in on nearby localities, such as Khanh Hoa and Dak Lak.