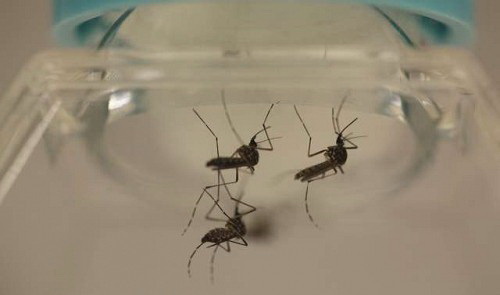 The Ministry of Health confirmed on Saturday that two more women had tested positive for Zika in Vietnam, the fourth and fifth native cases infected with the mosquito-borne virus in the country since April this year.

The two female patients, one of whom is pregnant, are from Ho Chi Minh City and its neighbor, Binh Duong Province.

Both were diagnosed with the disease after having their health checked at local hospitals.

According to the health ministry, the two women have made no contact with infected people and have traveled nowhere.

None of their local neighbors have showed clinical symptoms of the disease, the ministry’s General Department of Preventive Medicine said.

The health ministry has directed local health authorities to enact preventive measures and monitor the areas the patients live to prevent any disease outbreak while tracking those suspected of showing symptoms of the condition.

The two new cases took the number of native patients contracting Zika to five, including two women in Nha Trang City and Ho Chi Minh City in early April and a male patient from the south-central province of Phu Yen on August 3.

Four foreigners have also informed Vietnamese localities of their infection during their stay in the Southeast Asian country, including an Australian man in March, a Korean woman in May, a German woman and a Taiwanese man, both confirmed in September.

According to the General Department of Preventive Medicine, the Zika virus in Vietnam is less infectious and less likely to cause microcephaly than its counterpart in the Americas.

Zika is caused by a virus transmitted primarily by Aedes mosquitoes, according to the World Health Organization (WHO).

People with Zika virus disease can have symptoms including a mild fever, skin rashes, conjunctivitis, muscle and joint pain, malaise or a headache that normally last for two to seven days, the WHO said.

According to the WHO, there is scientific consensus that the Zika virus is a cause of microcephaly in infants, a birth defect characterized by unusually small heads that can result in developmental problems, and Guillain-Barré syndrome – a neurological disorder that could lead to paralysis and death.

Links to other neurological complications are being investigated, the WHO added.