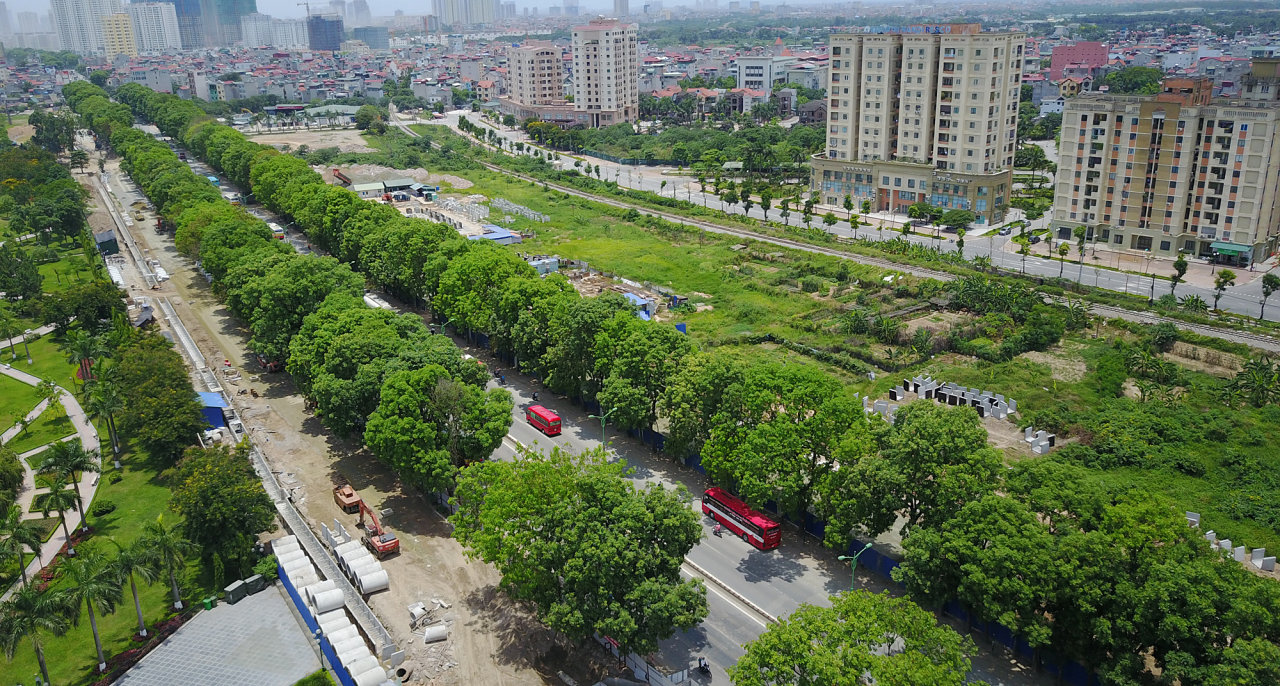 Around 1,300 trees on Pham Van Dong Street in Hanoi will be either chopped down or relocated to serve a road construction project.

The trees, including 986 nacre trees, 38 dracontomelon duperreacum, 65 blackboards, and 11 flamboyants, will make space for the expansion of the Ring Road 3, running from Mai Dich Flyover to Thang Long Bridge in the capital’s Cau Giay District.

Construction activities have been busy on several sections along Pham Van Dong Street these days, with all kinds of heavy machinery deployed to the area.

Many of the 986 nacre trees there are dozens of years old, measuring a few meters in diameter.

The plan of cutting down and relocating the trees was jointly made by the municipal Department of Construction and the Hanoi Traffic Construction Project Management Board, according a representative of the Hanoi Green Tree Co.

The detailed proposal will be submitted to the Hanoi People’s Committee for approval before the plan can be carried out, the company noted, addressing recent public concern about the huge number of affected trees.

Pham Van Dong Street currently has three traffic lanes on each direction and will be expanded to six lanes.

The project costs VND3 trillion (US$136 million), requiring the clearance of 796 residences and relocation of 55 governmental buildings.

Some old trees have diameters of a few meters on Pham Van Dong Street.

The trees provide shade for a bus shelter.

Bikers take shelter under the trees while waiting for traffic light.