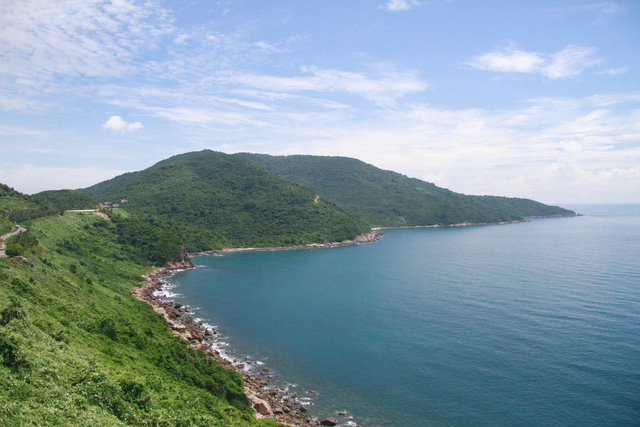 Vietnam’s government has tasked the state inspectorate with launching a comprehensive inspection into all construction and investment projects currently underway on Son Tra Peninsula in the central city of Da Nang.

The Government Inspectorate of Vietnam is supposed to lead a joint inspection with the environment, agriculture, and construction ministries, as well as relevant agencies, the Government Office said on Wednesday, citing an order from Deputy Prime Minister Truong Hoa Binh.

The inspection should focus on whether construction projects on the peninsula are in line with laws on land management and forest and environmental protection, according to the fiat.

All projects licensed by the Da Nang administration between 2003 and 2016 will be subject to the inspection and results will be reported to the government and the prime minister by March 31, 2018.

From 2003 to 2012, the municipal administration gave in-principle approval to 18 different tourism projects spanning a combined area of 1,222 hectares on the peninsula.

In return, the city added some VND700 billion (US$30.84 million) to its coffers, though potentially at the cost of severe deforestation and the endangerment of the animals who call Son Tra ‘home,' including the endangered red-shanked douc, known locally as ‘the queen of all primates’ due to its extravagant appearance.

Also on Wednesday, the investigative police unit under the Ministry of Public Security sent a dispatch to the Da Nang administration requesting municipal chairman Huynh Duc Tho to cooperate in an investigation into the trading of government-owned land plots in the city.

Police will probe nine projects on those public land plots, as well as the sale, lease, and transfer of 31 houses and pieces of land owned by the government in Da Nang from 2006 to date, according to the document.

The city’s chairman is expected to provide police with all necessary documents and files to serve the investigation.

Considered Vietnam’s central tourism hub, Da Nang stole the media spotlight over the past week after multiple violations by top leaders, including chairman Tho and the city’s Party chief Nguyen Xuan Anh, were made public.

Anh, the secretary of the Da Nang Party Committee and chairman of the municipal decision-making People’s Council, was found to have committed several violations, including using invalid degrees, and accepting cars and houses as gifts from local businesses, according to the Central Inspection Committee of the Communist Party of Vietnam.

Meanwhile, Tho is being held accountable for a series of oversights in the management of land and urban order, as well specific matters related to personnel.

Tho and Anh’s violations were deemed so serious by the Central Inspection Committee that they now await disciplinary action from the Party.