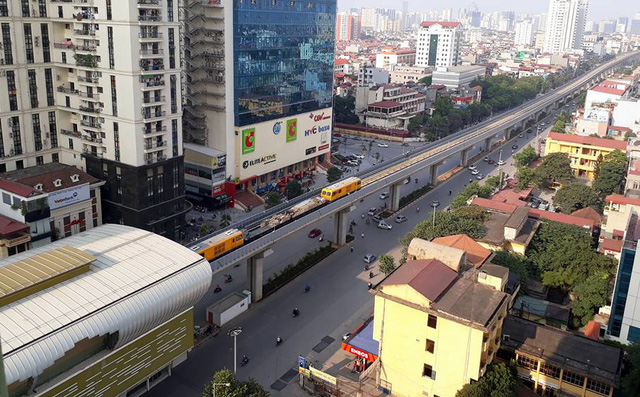 The Cat Linh – Ha Dong urban railway line, the first of its kind in Hanoi, will  enter a test run in September with an expected official launch in 2021, years behind its initial schedule.

The project manager said in February 2017 that the urban railway would start its test run in October that year, but the timeline has been delayed for the fifth time since its construction began to September 2 this year.

The trial operation is expected to last between three and six months, the railway projects watchdog under the Ministry of Transport said on Friday.

Construction will wrap up in the fourth quarter of 2018, and the line is scheduled for a commercial launch in 2021.

Warranty for the project will expire in 24 months from its commercial launch, according to a timeline approved by the Vietnamese Prime Minister earlier this month.

In early 2014, the project’s capital investment was raised to $868.04 million, forcing Vietnam to take an additional ODA loan of $250.62 million from China.

In December 2017, the Ministry of Transport asked to delay the line’s commercial launch from December 2016 to the first quarter of 2018 due to setbacks during its construction.

The launch was delayed again in March to a new date in 2021.

The Vietnam Railway Authority, under the transport ministry, is the project developer, whereas the China Railway Sixth Group, a subsidiary of construction conglomerate China Railway Group, is the EPC (engineering, procurement, and construction) contractor.

Under an EPC contract, the contractor designs the installation, procures the necessary materials, and builds the project.

The Chinese side has thus decided to purchase 13 Chinese-made trains for the project, which was also faced with objection and skepticism from local experts.

The line’s bizarre wave-like design also raised safety concerns among local experts and members of the public in 2015.

In mid-November 2014, construction was suspended for several weeks after one passer-by was killed and two others were injured by falling reels of steel from a construction site of the project.

When construction resumed in December that year, a ten-meter scaffold at a project construction site collapsed and nearly killed four people in a taxi running in the area at the time of the accident.

In January 2015, Nguyen Huu Thang, head of the Vietnam Railway Authority, was found dead for an unknown reason in his office in Hanoi.