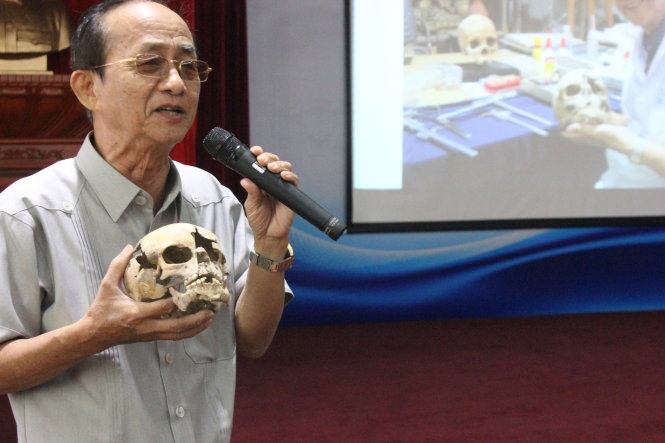 Archeologists announced on Tuesday that they had discovered ancient human fossils and objects in volcanic caves in Vietnam’s Central Highlands, marking what was described as a watershed in rewriting the narrative of early human life in the Southeast Asian country.

Three complete skeletons of two adults and one child roughly aged four were uncovered in the ground of a 25-kilometer-long cave formed by volcanic processes in Krong No District of Dak Nong Province, according to a conference report by La The Phuc, head of a long-term cave research project and member of the Vietnam Academy of Science and Technology.

The remains have not been dated but they are believed to belong to a human species of prehistory.

Thousands of mollusc shells and a large number of stone items, potteries and copper arrows buried under two meters deep were also found at some other local volcanic caves.

It has been unclear whether the human fossils actually come from our species, Homo sapiens, but their recentness suggests that they do.

Many experts hailed the discovery as a breakthrough which yields a significant contribution to the historical study and anthropology in Vietnam.

This is the first time Vietnamese scientists have realized that ancient humans used to inhabit volcanic caves in the Central Highlands – an activity hitherto known to be unique in Vietnam and Southeast Asia, and rare in caves of the same type around the world, Phuc underlined.

Some proposed building an on-site museum illustrating prehistoric human life in order boost local tourism in Dak Nong, a province that has not been put on the tourist map.