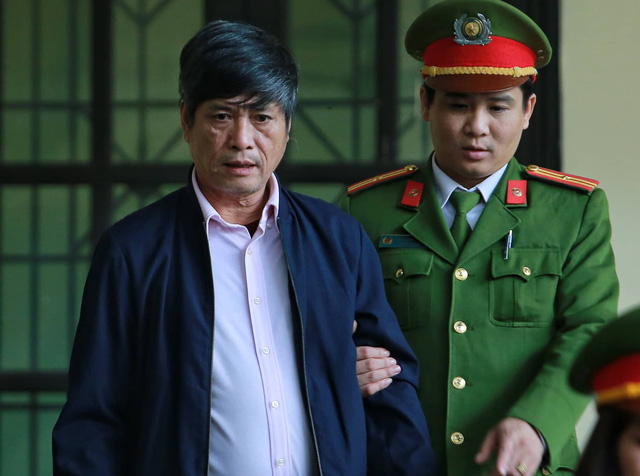 A Vietnamese court in the northern province of Phu Tho on Friday jailed two former senior police officials found guilty of providing support to an underground online gambling ring which raised millions of dollars.

Both were convicted of “abusing power in performance of official duties”, according to their verdicts.

The remaining 90 defendants in the same case were convicted and sentenced to up to ten years in prison for crimes including using the Internet to appropriate assets, organizing gambling, gambling, illegally trading invoices, and laundering money.

Vinh wasn't at the court to hear the sentencing, having asked permission to be absent on Friday afternoon for health reasons, judges said.

Both Vinh and Hoa appeared exhausted during the court on Friday morning, and were taken away for medical assistance when judges announced the verdict.

The former policemen and 90 others were charged for involvement in a major online gambling ring worth a whopping US$424 million that was busted in April.

“Vinh’s actions had caused discontent among the public and damaged the prestige of the police force and the people’s trust in officers,” judges said on Friday.

Vinh and Hoa had worked together, with Vinh playing the leading role, in covering up the illegal gambling activities, the court asserted.

Last week, prosecutors in Phu Tho sought jail terms of seven to eight years for the two former police chiefs.

Three major Vietnamese mobile network operators, Viettel, Vinaphone, and Mobifone, were asked to submit a total of VND118 billion (US$5 million) in money they had benefited from gamblers’ activities.