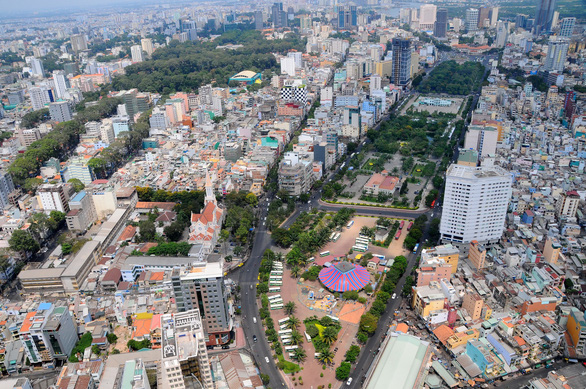 Authorities in Ho Chi Minh City have recently approved a plan to organize a design contest for the makeover of a major park in its downtown area.

The municipal People’s Committee has officially agreed to the organization of the competition, which requires participants to present their models of the new 23/9 Park in District 1.

The winning design will provide the basis for relevant agencies to prepare for and carry out the renovation of the venue.

The administration stated that the quality of the park has been degraded following a long time of operation, while such amenities as lighting systems, toilets, children's playgrounds, and sporting areas are also deteriorating, thus a revamp of the venue is necessary.

The plan for the design contest was first proposed by the municipal Department of Planning and Architecture in late 2018, at an estimated cost of VND2.19 billion (US$94,170).

Eligible participants are companies and units specializing in architectural design and planning, which have sufficient capacity and experience in the field.

One of the fundamental criteria for the designs is that the park has to consist of suitable arrangement of greenery, lakes, and public space, while all areas should be accessible to every citizen, including children, elderly people, and the disabled.

The park must also have a four-level underground facility reserved for parking and shopping centers.

The design should also take into account the streets and sidewalks surrounding the park.

Chairman of the municipal administration Nguyen Thanh Phong previously ordered the Department of Natural Resources and Environment to terminate all leasing contracts at the park prior to April 30 this year.

The venue was previously the old Saigon Railway Station.

The park lies at a prime location in terms of tourism as it is near the iconic Ben Thanh Market and Bui Vien Street, which is dubbed the city’s ‘backpacker area.’

Following the planned revamp, the park will also become an important public transport hub as it will be connected with the under-construction metro line No. 1.

According to the city’s urban plan, the height of all facilities within the park is not allowed to exceed four meters.