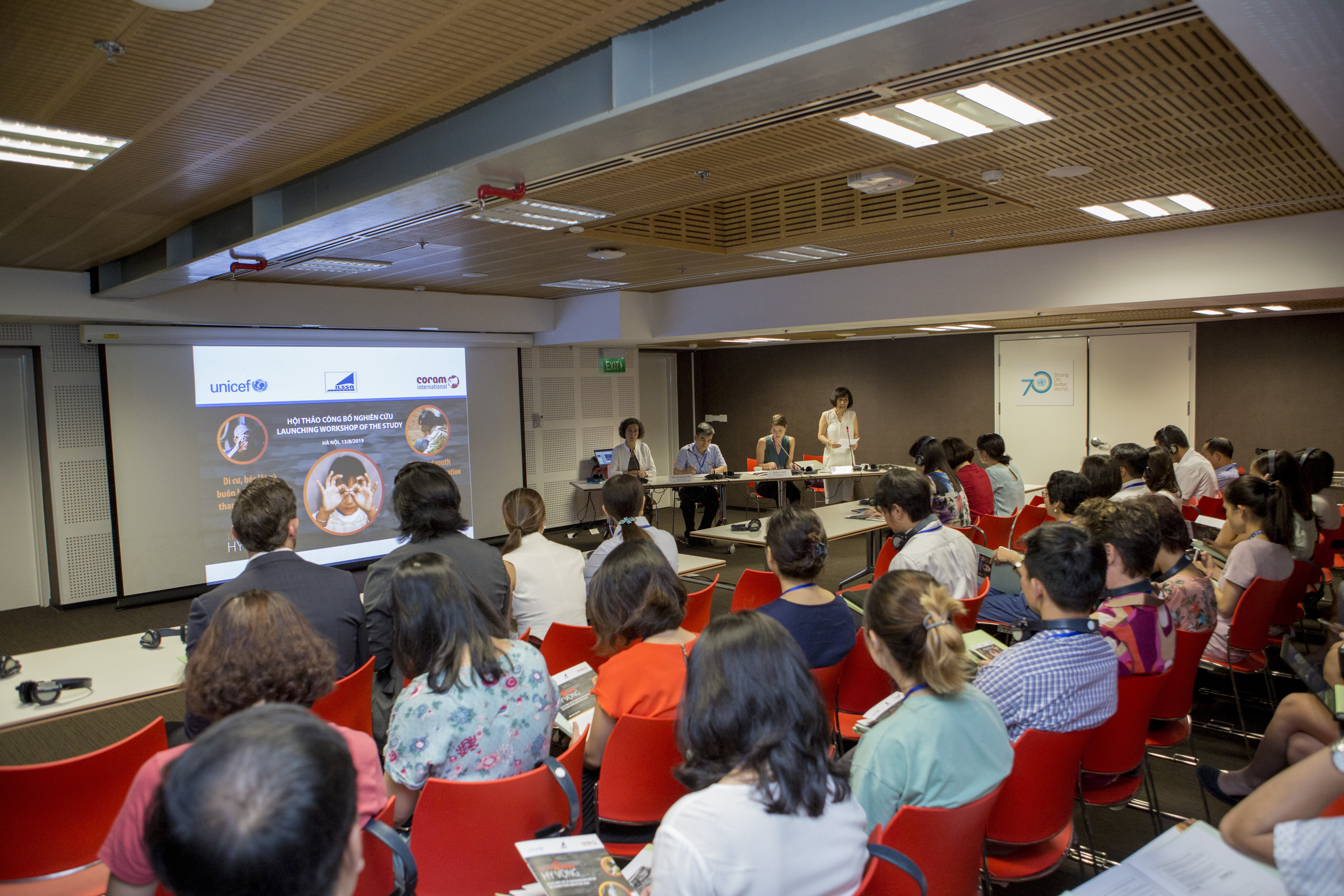 Girls, boys in Vietnam equally at risk of trafficking: study

The vulnerability of children to trafficking, the increased risk faced by children on the move and the need for strengthened prevention and support mechanisms in communities were key areas highlighted in a new report released in Hanoi on Tuesday.

'Casting Light in the Shadows: Child and Youth Migration, Exploitation and Trafficking in Vietnam' explored patterns and dynamics in child trafficking and labor exploitation, identified particular factors that increase children’s vulnerability to trafficking, and examined survivors’ experiences of reintegration and access to support services.

The study, conducted by Coram International, in partnership with UNICEF and Vietnam’s Institute of Labour and Social Sciences (ILSSA), found that an estimated 5.6 percent of children in the Southeast Asian nation may have experiences related to child trafficking, the three organizations said in a joint press release.

It confirmed that the children exposed to trafficking risks were from all parts of Vietnam but the report noted that children in some regions faced higher-than-average risk.

The children were also found across a range of industries, with girls/young women and boys/young men found to be equally at risk.

“Reliable, sex and age disaggregated data on child exploitation and trafficking are essential for informing policies and programs, facilitating the planning of services and enabling the participation of survivors and their families,” Lesley Miller, UNICEF Vietnam deputy representative, said at the launch of the study, jointly held in Hanoi by Coram International, UNICEF and ILSSA.

“This study provides important evidence of the prevalence of child trafficking and the experiences of exploited or trafficked children.

“It also reveals that both boys and girls are impacted, reinforcing the need for gender-responsive prevention and responses.”

The study discovered that the majority of trafficking victims made active decisions to migrate in pursuit of opportunities and subsequently experienced exploitation in the context of these pursuits, often due to their vulnerability.

Children and young people from deprived backgrounds and those living in poverty were particularly vulnerable to trafficking.

The study found the majority of victims of child trafficking were subjected to some form of violence and labor exploitation.

Less than 1 in 10, or 9.48 percent, of the respondents to the household survey who had been trafficked or labor-exploited reported receiving a particular form of support.

Furthermore, services were found to be focused on a particular profile of trafficking victims: typically, female victims of sex or marriage trafficking, who were trafficked across borders.”

Evidence from the study confirmed the harmful effects of trafficking on survivors, who faced stigma and challenges reintegrating into their communities, particularly women and girls.

The evidence presented in the report has implications for policy and programming initiatives to combat child trafficking and labor exploitation.

Based on consultation with the government, international organizations and NGO partners, the report details a number of recommendations to address the issues.

Among these, promoting an integrated approach to anti-trafficking is key, ensuring that child trafficking prevention and response efforts are core elements in the ongoing national efforts to develop a comprehensive child protection system.

Prioritization of children’s access to education and skills training and, for older children and young people, safe employment opportunities as well as livelihood programs are also among the recommendations.

The report confirms that such programs must be underpinned with trafficking prevention messages that raise community awareness of risks to girls and boys, that build the capacity of law enforcement, and that actively combat the stigma often directed at the victims.