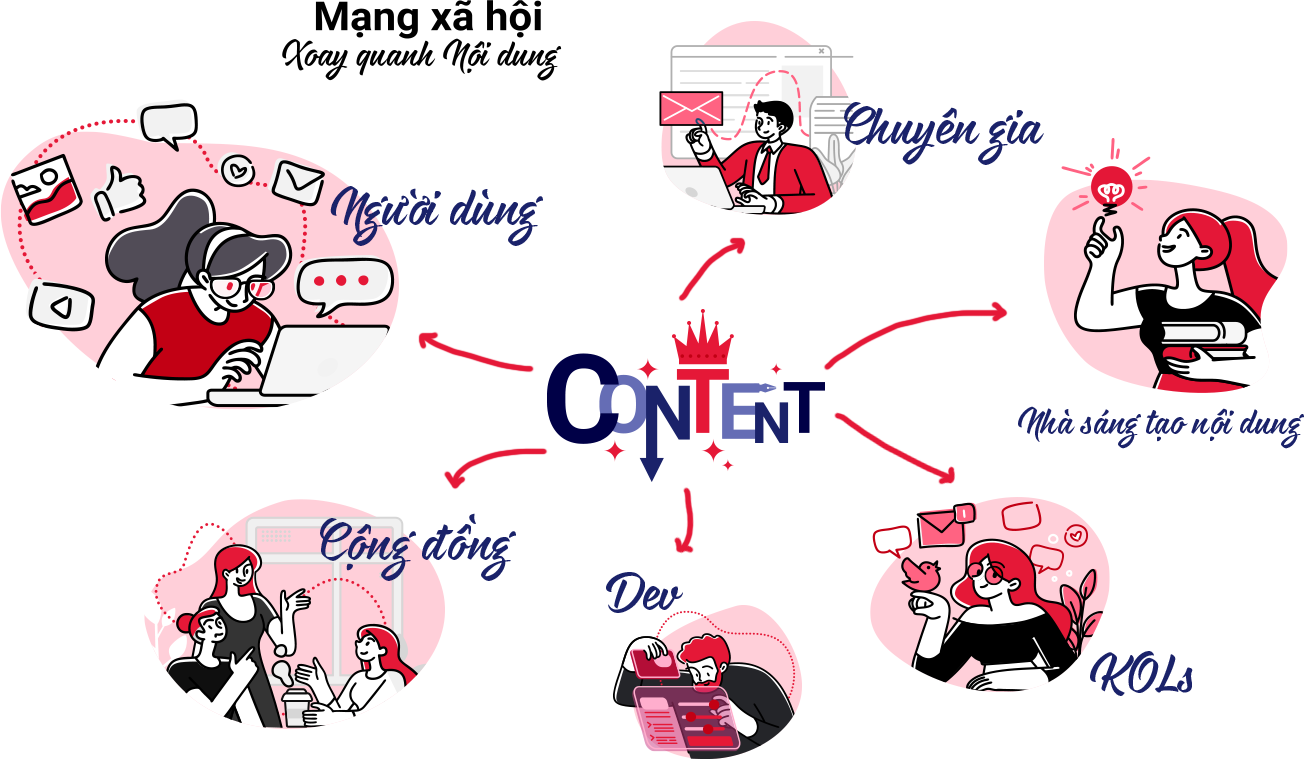 As more than a handful of social networks have come and gone in Vietnam in the past decade, local developers are struggling to answer the Vietnamese government’s call for more homemade content to counter Facebook’s influence, with few succeeding in bringing the “social” factor to their platform.

A long list of Vietnam-made social networks has made their debut in the Southeast Asian country since 2010, with at least four having entered the market this year alone.

The latest social media project, Lotus, was announced by communications group VCCorp on Tuesday and said to be the product of more than 200 Vietnamese developers.

The VND1.2 trillion ($51.78 million) social network, the beta version of which is expected to be launched on September 16, will focus on content created by and for the Vietnamese people and place user experience at its core, VCCorp general director Nguyen The Tan said at the press event.

“Lotus will take a different path [from other social networks], striving to be a content-centric platform that gives users freedom to be creative and produce more quality content,” Tan said.

Developing a homemade social networking site that benefits Vietnamese users has been a persistent call made by Minister of Information and Communications Nguyen Manh Hung since he took office in October last year.

Hung, 57, who was chairman of military-run telecom giant Viettel before his tenure as minister, likened the use of foreign social networks to “putting Vietnamese brains in a foreign country” as he addressed Vietnamese lawmakers last week.

Having domestic social media platforms available would help keep Vietnamese wisdom inside the country, he said.

In Hung’s vision, a Vietnamese social network that succeeds in benefiting its users-slash-content creators - in both economic and mental senses - will stand a good chance of beating the likes of Facebook on home soil.

In reality, however, things have not always been smooth sailing for local social network developers.

The image-based social network said in a goodbye letter it had fulfilled its mission and that it was high time customers had found a new product “more suited to their growing needs of cross-platform and instant connectivity."

Since the launch of Tamtay.vn in 2007, more than a handful of other Vietnamese social networks - namely Go.vn, Yume.vn, Zing.me, Biztime, and GAPO - have made their debut but few have truly succeeded in staying afloat in the cut-throat competition that is Vietnam’s social media market.

While Zing.me is popular with gamers due to its being a product of VNG Corporation, one of Vietnam’s largest online game developers and distributors, it has failed to connect with the remaining majority of social media users in Vietnam.

Biztime, a blockchain-based social network, was launched in August 2018 to widespread skepticism as its interface bore much resemblance to that of Facebook.

“Nobody would want to switch [to Biztime] if they had to relearn everything,” Anh was quoted as saying.

Unoriginality, sometimes teetering on the brink of blatant plagiarism, is a common issue for most Vietnam-made social networks.

GAPO, which was launched on July 23 with a committed VND500 billion ($21.53 million) investment from Thai venture capital firm G-Capital, has been accused of copy-pasting Google’s terms and conditions word for word.

The network claims to have amassed more than one million users as of August 20 and is aiming for the 50-million-user mark in three years, its co-founder and general director Ha Trung Kien told ICTNews.

Although not yet launched, VCCorp’s Lotus has already been suspected of copying cloud-based messaging service Telegram’s ideas for its promotional graphics.

Vietnam’s current best bet at competing with Facebook domestically is Zalo, a chat app that does not want to admit it has grown big enough to become a social network.

Zalo, another product of VNG, was launched in 2012 as a messaging and phone app and has since grown to become the largest homemade chat app in Vietnam, boasting over 100 million users as of May 2018.

It was in July fined for operating as a social network without a proper license and had two of its web domains revoked for the violation.

As of July 2019, VNG had still not had a license to run a social media platform in accordance with Vietnamese law.

In June, the Central Propaganda and Education Committee under the Communist Party of Vietnam launched its very own social network - VCNET - which serves to “share, exchange and propagandize the State and Party’s policies and ways while refuting false information,” according to the committee’s vice-chairman Nguyen Thanh Long.

Unsurprisingly, VCNET was not a huge hit for the average Internet user in Vietnam.

As of June 2019, there were around 60-65 million Facebook users in Vietnam, or around 60 percent of the country’s population of 96 million, according to a Social Media Stats report.

Will Lotus succeed where (almost) all else have failed?