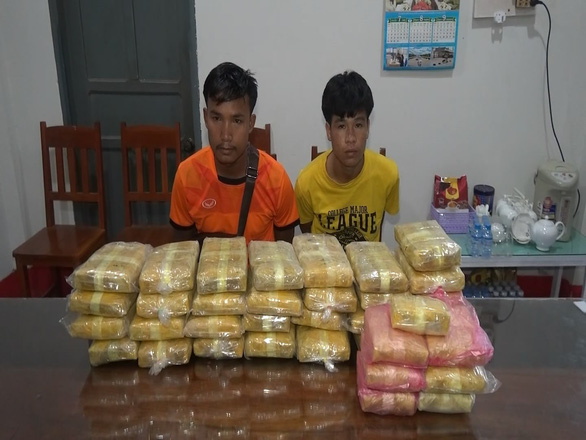 Two Laotian men are in custody after their attempt to smuggle 215,000 pills containing synthetic drugs into Vietnam.

Border guard officers in the north-central Vietnamese province of Quang Tri, in coordination with police in Laos’ Savannakhet Province, arrested Savat Dixay Nhaxombat and Banpachit Keovilayvong, both 24, on Thursday.

The two suspects were caught driving separate automobiles carrying a combined 215,000 pills containing synthetic drugs through a Vietnam-Laos border at around 3:30 pm.

Officers have confiscated the drugs, vehicles, and relevant documents.

The bust is the largest along the Vietnam-Laos border in Quang Tri Province so far.

The suspects are believed to be an important link in a large-scale drug ring that operates along the Vietnam-Laos border.

Nhaxombat and Keovilayvong have since been handed over to Laotian police for further investigation.