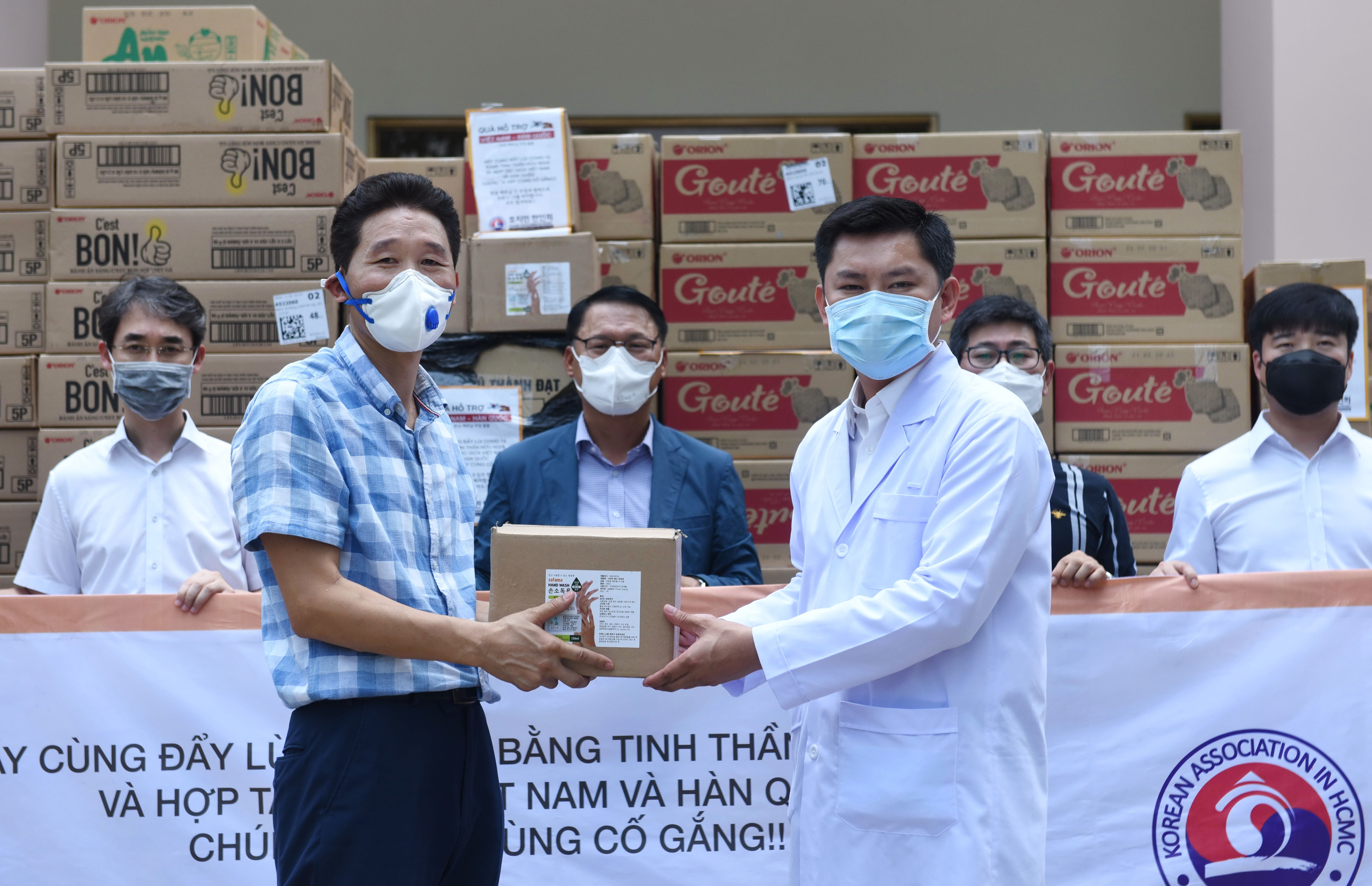 The quarantine center is specifically designated to house arrivals to Vietnam for 14 days after entering the country from virus-hit areas in South Korea.

During the visit, Kim Jong Gak, chairman of the Korean Association in Ho Chi Minh City, praised Vietnam’s work on containing the virus.

“Thanks to Vietnam's disease prevention policy and the sympathy and cooperation of the people, including Koreans, up to now, there are no cases of Koreans infected with the novel coronavirus in Vietnam,” Kim said.

With regard to the conditions at quarantine facilities in Vietnam, an issue which has been cast in a negative light by several South Korean media outlets, Chairman Kim admitted that some people are finding it difficult to adapt to the heat in some isolation centers where fans are scarce. That issue, Kim explained, is non-existent at the Cu Chi field hospital.

As part of its effort to maintain a positive relationship between the two countries, the Korean Association in Ho Chi Minh City contacted South Korean media outlets to explain that its negative reporting on the conditions in Vietnamese quarantine centers were incomplete and failed to show the whole picture.

While visiting the facility, the association donated 350 boxes of supplies, including seaweed snacks and hand sanitizer, in order to lighten the mood amongst those being housed at the facility.

Wednesday’s visit was just one of many quarantine center visits for many members of the association, several of whom have made it their mission to ensure their fellow South Koreans’ needs are being met.

According to a representative from the association, there have been a wide variety of emotions observed among the people he has been helping. A large part of how people are handling the situation depends on their character, he said.

The representative also noted the importance of understanding that the quarantine is incredibly essential to protect the general population and limit the spread of the virus, adding that despite the situation residents throughout the country should do their best to go about their lives as normal.

“The COVID-19 epidemic is spreading fear and affecting almost all of the world. In the short term, Vietnam and Korea will overcome this difficult time together,” Chairman Kim said.

“When it stops spreading, the two countries will continue to overcome whatever damage it did.”

The novel coronavirus, which first emerged in the central Chinese city of Wuhan in December 2019, had infected over 126,000 people and killed more than 4,600 globally as of Thursday morning, according to Ministry of Health statistics.

The World Health Organization described the new coronavirus as a ‘pandemic’ for the first time on Wednesday, marking a shift in its stance that the virus could potentially be stopped from mass spread around the globe.

Vietnam has so far confirmed 39 infections of the virus, with 16 having fully recovered and been discharged from the hospital by February 26.

Vietnam requires those arriving from places where there is a major COVID-19 outbreak to be quarantined in designated zones.