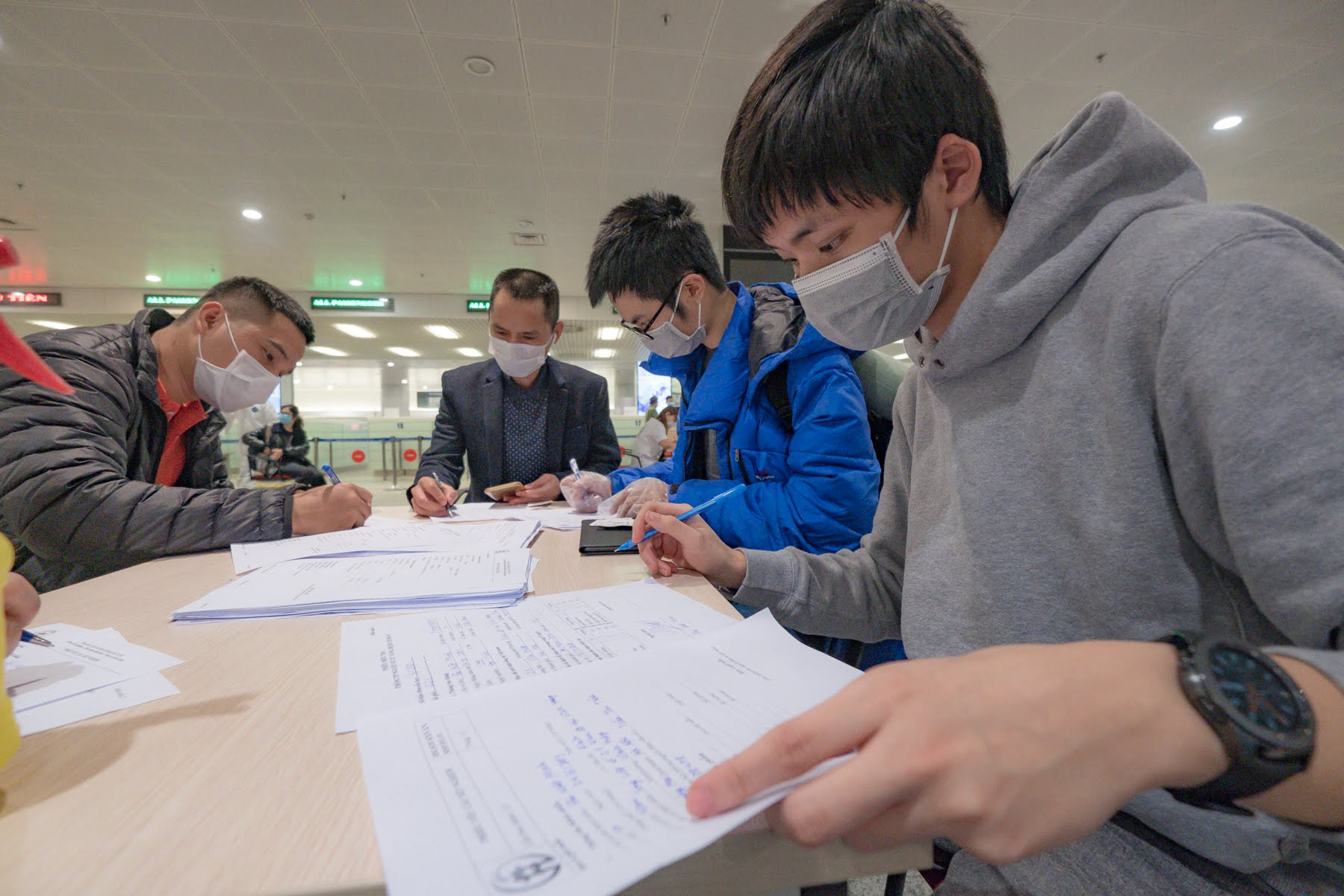 Six new cases of novel coronavirus disease (COVID-19) were confirmed in Vietnam on Friday morning, of which one was linked to a major hospital in Hanoi.

The other five patients are classified as imported cases who previously returned to Vietnam from foreign countries and had been quarantined since their arrival, according to the Ministry of Health.

Patient No. 228 is a 29-year-old man hailing from northern Bac Giang Province.

Patient No. 229 is a 30-year-old woman from the north-central province of Ha Tinh.

The three patients came back to Vietnam from foreign countries on March 20 and were brought to a quarantine camp in the northern province of Ninh Binh.

They are now being treated at hospitals in Ninh Binh after testing positive for COVID-19.

Patient No. 231 is a 57-year-old woman who works for Truong Sinh Company, a catering service provider contracted by Bach Mai Hospital in Hanoi.

On March 27, she went with a delegation of Bach Mai health workers and employees to the hospital’s second branch in the northern province of Ha Nam.

Following news about COVID-19 patients at Bach Mai Hospital, authorities in Ha Nam decided to quarantine the group and sample them for testing.

The patient is receiving treatment at a general hospital in northern Ha Nam Province.

They were brought to an isolation facility in northern Vinh Phuc Province after their arrival and are now treated at the National Hospital for Tropical Diseases in Dong Anh District, Hanoi.

The novel coronavirus, which first emerged in the central Chinese city of Wuhan in December 2019, has infected over one million people and killed more than 52,900 globally as of Thursday morning, according to Ministry of Health statistics.

Vietnam has announced 233 COVID-19 patients so far, with 75 having recovered.