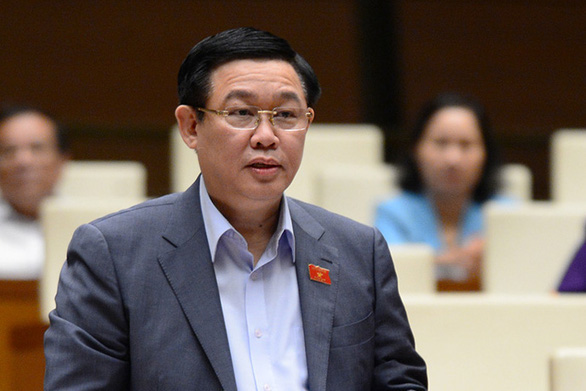 -- Vietnam's Party General Secretary and State President Nguyen Phu Trong invited Russia's President Vladimir Putin to pay an official visit to Vietnam in the near future, during their phone talks on Thursday, according to the Vietnam News Agency. The Russian leader accepted the invitation with pleasure.

-- Vietnam's parliament voted to dismiss Vuong Dinh Hue from his deputy prime minister position on Thursday. The Politburo had appointed Hue as secretary of the Hanoi Party Committee.

-- Vietnam reported no new COVID-19 cases on Friday morning, with the national tally still standing at 332 and recoveries reaching 321, according to the Ministry of Health. The country has documented no virus-related death so far.

-- The Ho Chi Minh City Department of Transport said on Thursday it was cooperating with its counterpart in neighboring Binh Duong Province in offering express boat services connecting the Bach Dang Wharf in District 1 with the province and Cu Chi Tunnels in the namesake district of the city in July.

-- Propzy, a Vietnam-based real estate startup has announced it had raised a US$25 million Series A led by Gaw Capital and SoftBank Ventures Asia.

-- Vietnam's Ministry of Industry and Trade said on Thursday it had been informed of the U.S. Commerce Department's initiation of probes, as reported by Reuters, into whether hardwood plywood imports completed in Vietnam using Chinese components circumvented U.S. duties on imports from China.

-- The ASEAN Football Federation said on Thursday it would organize the 2020 AFF Championship as originally scheduled, from November 23 to December 31.

-- The novel coronavirus has infected over 7.5 million people and claimed more than 423,000 lives around the world, according to Vietnam's Ministry of Health. Over 3.8 million have recovered from COVID-19, the disease caused by the virus.