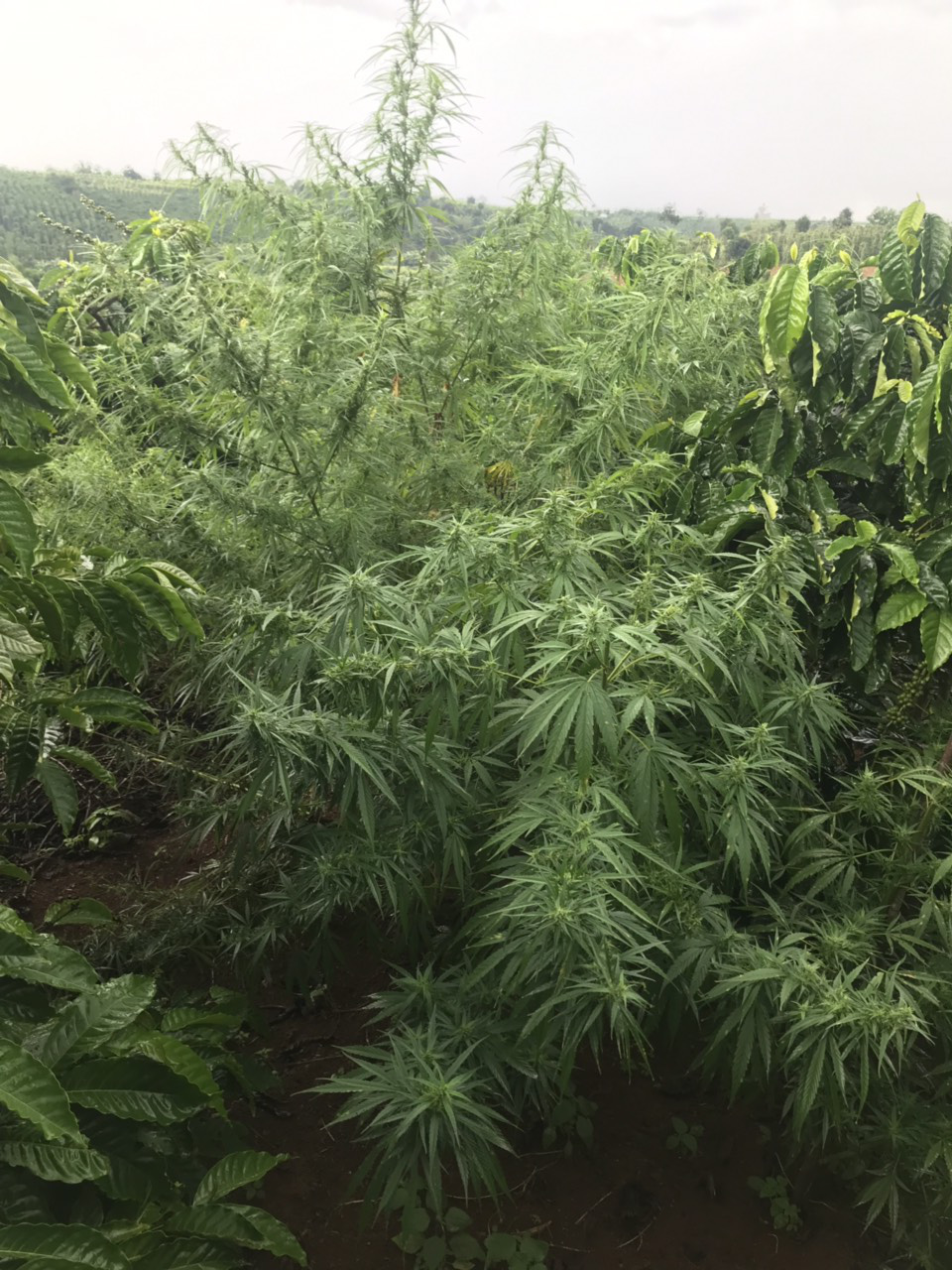 A woman in Vietnam’s Central Highlands has been caught cultivating over 180 cannabis plants at her coffee plantation in Dak Nong Province.

Police in Dak Song District, Dak Nong Province confirmed on Thursday they had examined the coffee plantation owned by Nguyen Thi Hoan and her husband.

Officers discovered that a total of 183 cannabis plants, about 60 to 210 centimeters tall, were being grown among coffee plants in an area of 500 square meters.

At the police station, Hoan claimed she had been cultivating cannabis since March.

According to Vietnamese law, growing cannabis is punishable by a fine worth VND2-5 million ($84-211) if the number of plants is under 500.