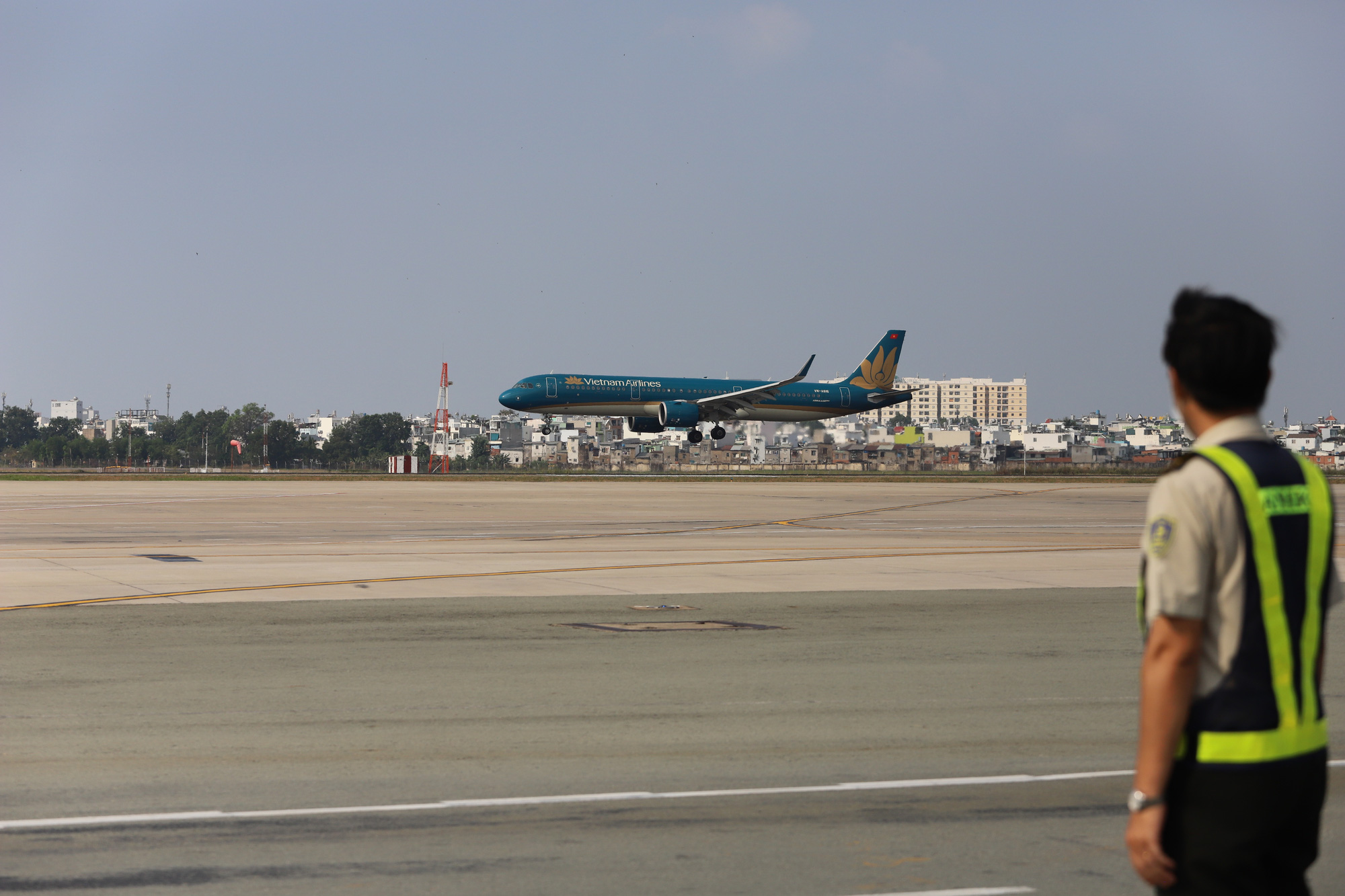 A runway of Tan Son Nhat International Airport in Ho Chi Minh City has been reopened after being shut down for over six months for an upgrade.

The Ministry of Transport on Sunday organized a ceremony to mark the completion of the first phase of a project on upgrading the 25L/07R runway at the airport.

Vietnam Airlines’ flight VN1828 from Phu Quoc Island was the first to land on the runway at 3:00 pm the same day.

It is one of two runways at Tan Son Nhat.

Speaking at the ceremony, Deputy Prime Minister Truong Hoa Binh praised the efforts of the transport ministry, Cuu Long Corporation for Investment, Development and Project Management of Infrastructure (Cuu Long CIPM), and relevant units in the implementation of the project.

Since 2017, the rapid development of the country’s aviation sector has resulted in a growing number of airlines and aircraft, including planes with large payloads, which exceeded the original capacity of the airport, Binh continued.

Without a prompt upgrade, the runways may be further damaged, affecting flight operations.

The existing runway and taxiway system at Tan Son Nhat does not meet the operational demand expected by 2025, which is set to reach 50 million passengers per year, the deputy PM elaborated.

“The upgrade project is important to boosting flight operations in the country, which promotes socio-economic development and contributes to security and defense missions,” he remarked.

The project was initiated in June 2020 at a cost of more than VND2 trillion (US$86 million).

Its second phase is expected to be finished before December 31 this year.

A similar project was also carried out at Noi Bai International Airport in Hanoi and was completed on January 1.

The second phase is anticipated to conclude prior to the 2022 Lunar New Year.

It is aimed at increasing Noi Bai’s capacity to 44 million passengers per year by 2025.