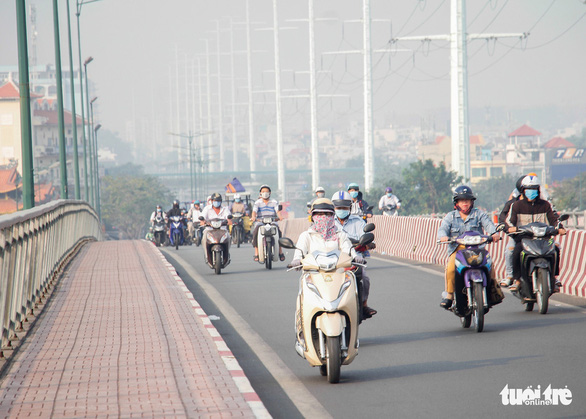 The arrival of a strengthened cold spell brought the lowest temperature in northern Vietnam to five degrees Celsius in upland areas, while also slightly dissipating the heat in southern provinces.

A cold front is heading southbound and will have an effect on multiple locales, according to the National Center for Hydro-Meteorological Forecasting.

From Thursday morning, this cold front will affect weather in northern upland provinces before influencing south-central provinces and the flatland areas of the north later that day.

Intensified cold weather will hit these locales, with the lowest temperatures in the north maintaining around 12 to 15 degrees Celsius, but dropping to as low as five degrees Celsius in high-altitude locations.

Meanwhile, weather in southern provinces will be cooled down, varying at an enjoyable 30 to 33 degrees Celsius in the daytime and slipping to 22 degrees Celsius or below at night.

Regarding the emergence of fog in Ho Chi Minh City over the past few days, Le Dinh Quyet, deputy head of forecasting at the Southern Region Hydro-Meteorological Center, claimed this to be a completely normal weather phenomenon.