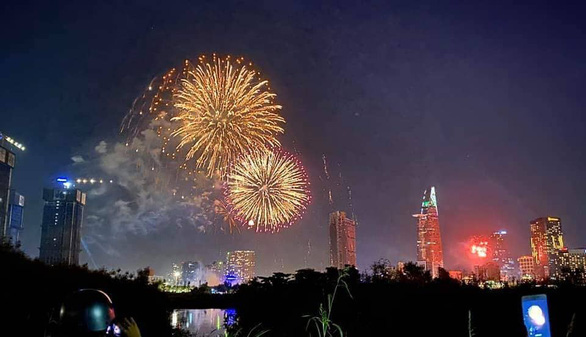 Ho Chi Minh City on Saturday announced to cancel its firework display performance to celebrate Tet (Vietnamese Lunar New Year, which falls on February 12 this year) to prevent the spread of COVID-19.

The local government has also assigned the Department of Information and Communications to work with local media to inform the cancelation to people in the city.

Ho Chi Minh City is not the only locality in southern Vietnam canceling firework shows because of the ongoing COVID-19 outbreak.

The People’s Committee in Long An Province on Friday also announced to suspend the province’s activities to celebrate Tet to prevent COVID-19 spread, including pyrotechnic display on New Year’s Eve even though many districts in the locality had finished fireworks purchase.

According to an initial plan, people in the province were expected to enjoy firework shows at Tan An City, and the districts of Duc Hoa, Ben Luc, Can Giuoc, Can Duoc, as well as Kien Tuong Town.