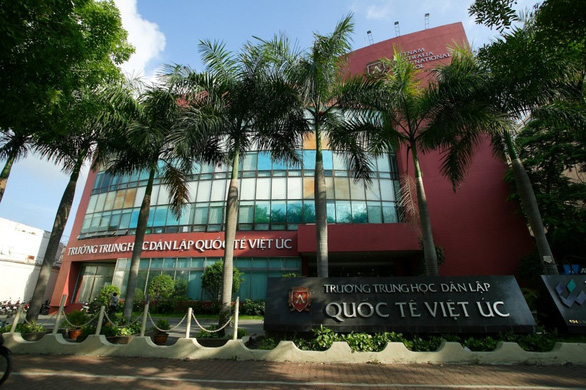 More than 100 direct contacts of a foreign teacher at an international school in Ho Chi Minh City have been quarantined after he was confirmed as a coronavirus patient.

A spokesperson of Vietnam Australia International School (VAS) told Tuoi Tre (Youth) newspaper on Tuesday that a foreigner who teaches Cambridge programs at its campus on 3-2 Street in District 10, Ho Chi Minh City had been diagnosed with COVID-19.

More than 100 of his direct contacts, mostly students and his co-workers, have been quarantined.

The teacher lives on the same floor of an apartment complex in District 7 as a case announced on Saturday last week.

VAS immediately worked with local authorities on tracing his direct contacts, most of whom were students and teachers getting exposed to him on May 19, the spokesperson said.

The school switched to remote learning as directed by the Ho Chi Minh City Department of Education and Training on May 10 but its students had to take the International General Certificate of Secondary Education (IGCSE) exam already scheduled by Cambridge University at a VAS campus on 3-2 Street in District 10 on May 19, 21, and 26.

“However, the infected teacher failed to wear a face mask during his supervision of the exam,” the VAS spokesperson admitted.

“The school will take appropriate disciplinary action against him when he finishes treatment.”

VAS is appealing to local authorities for the exposed students to be quarantined at hotels instead of concentrated centers.

The school said in a notice to parents on Monday that it would be liable for all quarantine fees charged by the hotels designated by VAS and approved by local authorities.

An official from District 10 confirmed the case to Tuoi Tre, saying the school has been isolated for fumigation and contact tracing.

Vietnam announced 53 new coronavirus infections on Wednesday morning, taking its cumulative tally to 7,625 patients, according to the Ministry of Health.

Recoveries have reached 3,043 while the death toll has hit 48, including one logged on Tuesday.

The country has been struggling with the fourth wave since April 27, with 4,549 domestic cases reported.

Ho Chi Minh City has logged 227 infections in this round, 219 of which were traced back to a religious mission in Go Vap District.

The southern city reinstated enhanced social distancing on Monday, slated to last for 15 days. Non-essential businesses have been closed while the elderly are advised to stay home.