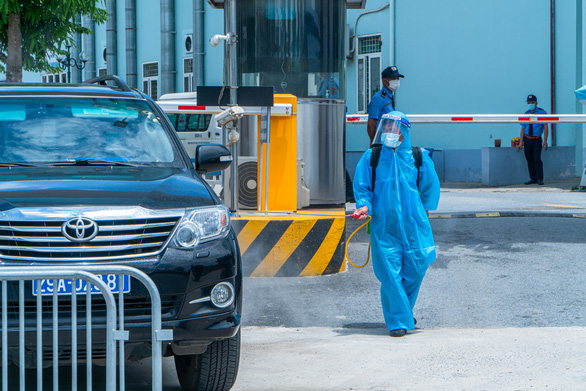 The Ministry of Health logged a record high of 1,314 coronavirus infections in Vietnam on Thursday, with the southern economic hub Ho Chi Minh City continuing to lead the table.

Seven of the latest cases were imported from abroad while 1,307 were locally transmitted and detected in 25 provinces and cities.

Since the fourth and worst virus wave broke out in Vietnam on April 27, the Southeast Asian nation has documented 20,917 COVID-19 patients in 57 out of its 63 provinces and cities.

The city will go into 15 days of extensive restrictions on Friday, banning non-essential businesses, public gatherings of more than two people, public transport, including taxis and ride-hailing vehicles, unnecessary travels, and even takeout services, among other curbs.

The country has documented 24,385 cumulative infections since the pathogen first hit it early last year, according to the health ministry’s data.

Recoveries have mounted to 8,950, including 393 announced on Thursday, whereas the death toll has reached 105.

The country has administered 3,960,956 AstraZeneca vaccine doses to medical workers, teachers, factory workers, and other frontline staff since it rolled out inoculation on March 8.