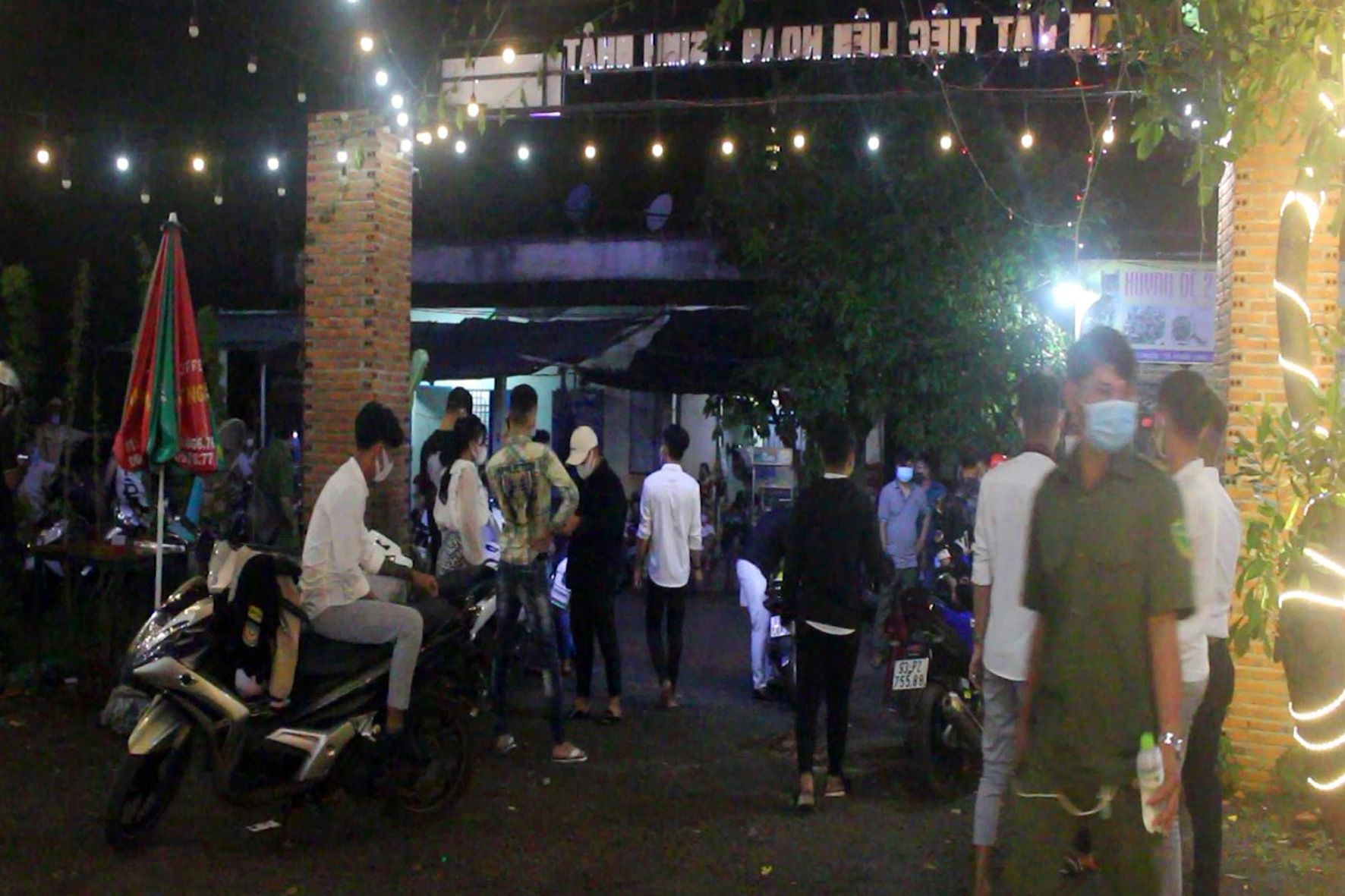 More than 50 men and women were found gathering at a restaurant in the southern Vietnamese province of Binh Phuoc for a birthday party on the weekend despite the rising number of COVID-19 infections in the locality.

After receiving reports from local residents, police promptly arrived at the venue and discovered 53 men and women participating in the party.

Many of them came from virus-hit areas in Binh Phuoc such as Dong Xoai City, Phuoc Long Town, Bu Gia Map District, and Hon Quan District.

They were required to undergo rapid COVID-19 testing and all of their results have come back negative.

Competent authorities have booked the party-goers and owner of the beer parlor for violating pandemic prevention and control regulations.

The venue has also been fumigated.

Vietnam had documented 31,590 COVID-19 cases as of Monday afternoon, with 9,275 recoveries and 123 deaths, according to the Ministry of Health.

The country has recorded 28,086 local infections in 58 provinces and cities since a new outbreak began April 27.

Binh Phuoc detected its first community-based transmission in this bout on June 30 and has so far registered 27 cases.

Social distancing measures have been implemented in multiple areas in the province to curb the spread of COVID-19.