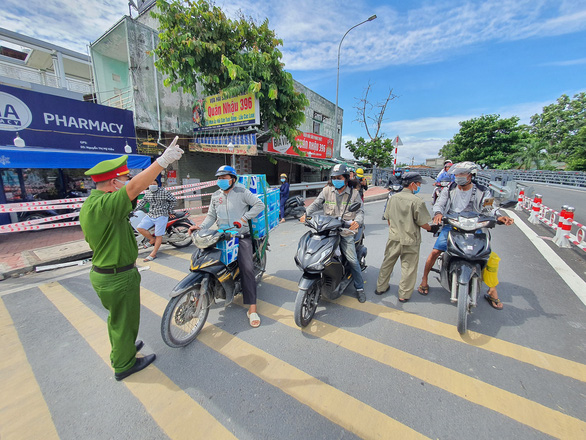 What you need to know in Vietnam:

-- Vietnam reported 1,438 local coronavirus infections, including 1,071 in Ho Chi Minh City, taking the national tally to 42,288 patients, according to Ministry of Health statistics. Recoveries stand at 9,688 while the death toll remains at 207.

-- Police in Ho Chi Minh City arrested a death-row inmate on Friday after he escaped from a prison while testing positive for the novel coronavirus on Tuesday.

-- The Civil Aviation Authority of Vietnam has required relevant agencies to tighten security checks for flights to Japan, at a time when the East Asian nation is scheduled to host the Olympic Games from July 23 to August 8 and the Paralympic Games from August 24 to September 5, according to the Vietnam News Agency.

-- The State Bank of Vietnam said on Thursday it had adjusted credit growth targets for financial institutions in order to both achieve its monetary objectives and fight against the pandemic, Reuters reported.

-- "At least 42 people have died in Germany and dozens were missing on Thursday as swollen rivers caused by record rainfall across western Europe swept through towns and villages, leaving cars upended, houses destroyed and people stranded on rooftops," Reuters reported.