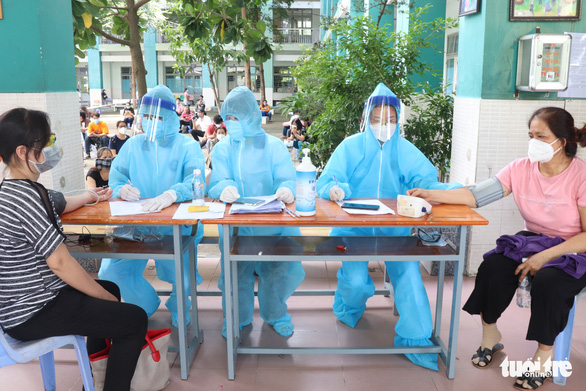 The Ministry of Health reported almost 8,600 locally-acquired COVID-19 infections in Vietnam on Sunday, along with more than 4,400 recoveries.

Forty provinces and cities logged 8,597 domestically-infected patients while another 23 cases were imported from abroad, the health ministry said.

More than 2,000 cases were detected in the community whereas the remainder were found in isolated areas or centralized quarantine facilities.

Since the fourth COVID-19 wave began in Vietnam on April 27, the country has detected 150,474 community transmissions in 62 out of its 63 provinces and cities.

The health ministry documented 4,423 recoveries on Sunday, taking the total to 43,157 recovered patients.

Over 6.2 million jabs have been administered to medical workers, teachers, factory workers, elderly people, and other frontline staff since Vietnam rolled out inoculation on March 8.

Nearly 621,000 people have been fully vaccinated.