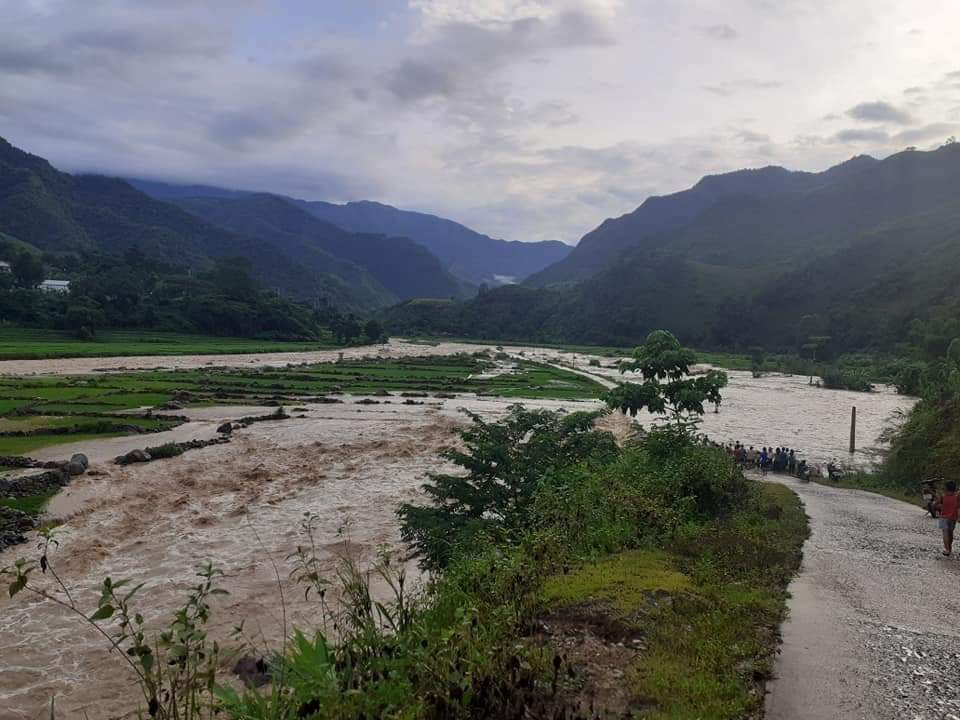 Authorities in the northern Vietnamese province of Son La managed to evacuate 656 residents to safety before a flood swept through more than 80 hectares of crops in the early hours of Wednesday morning.

Between 3:00 am and 4:00 am on Wednesday, local authorities ordered the evacuation of 656 people in the district, according to Thinh.

Evacuees took shelter in the local cultural house and school before returning to their houses at 6:00 am the same day, once rains stopped and the water level receded.

The flash flood did not cause any loss of life, but swept away one house, covered two others with mud, caused a landslide onto one house, and put another 31 houses at high risk of landslides.

It also destroyed 82.58 hectares of rice, maize, and vegetables.

Flooding caused severe damage to Provincial Highway 109, washing away many sections of the road.

Huoi Hoc - Huoi Co Street suffered a landslide on a one-kilometer stretch of the road.

A 300-meter section of a major road from Ban O to Ban Le, two nearby villages, was also eroded.

In August 2017, a terrible flash flood in Nam Pam left dozens of people dead and missing, many residents homeless, and several infrastructure projects damaged beyond repair.