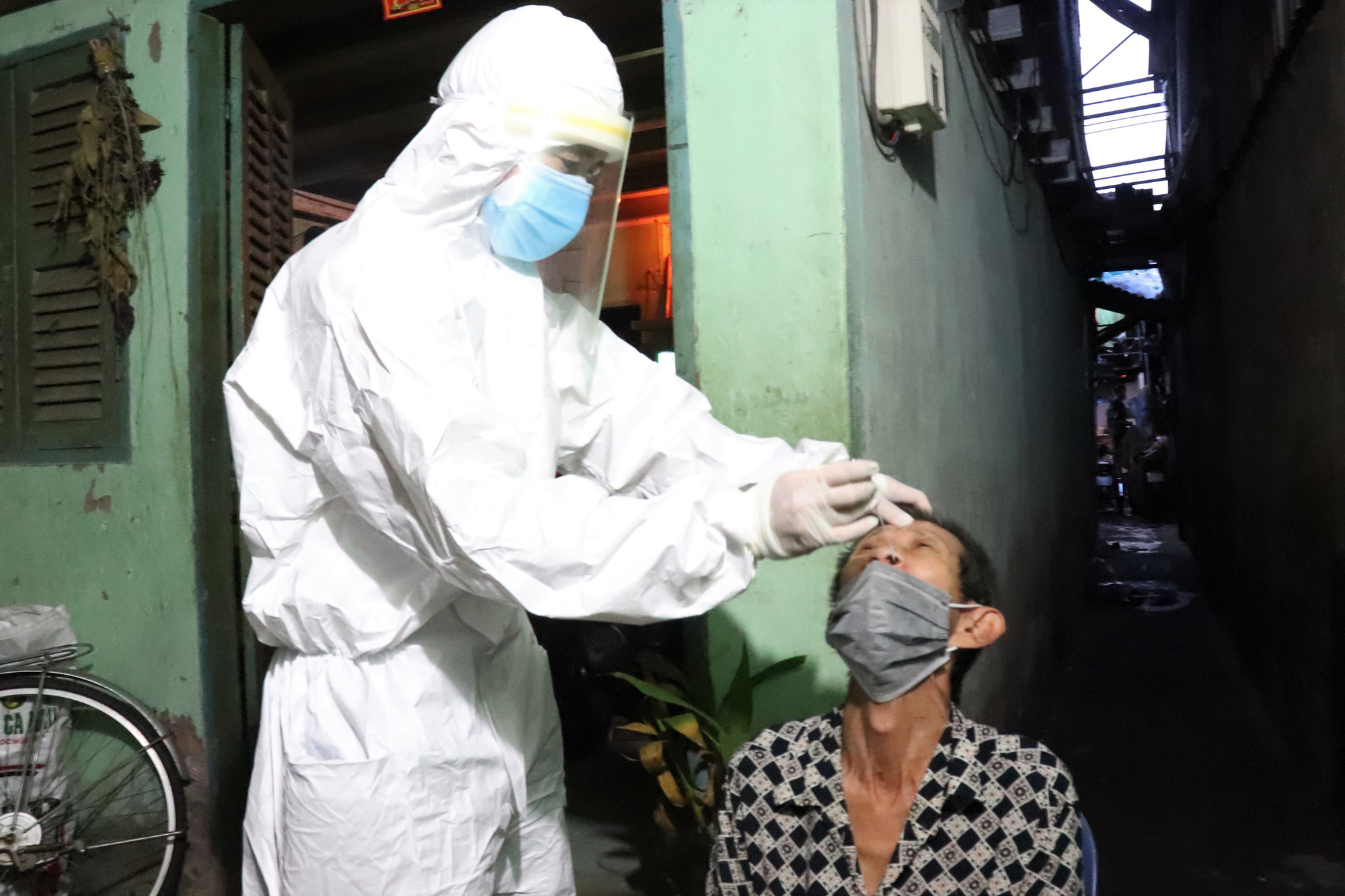 All 4,931 COVID-19 cases detected in Ho Chi Minh City on Sunday were community-based, according to the city’s COVID-19 portal.

According to statistics, 1.5 percent of the taken samples returned positive for the coronavirus and all of them were community-based, unlike previous results in which most transmissions had been detected in centralized quarantine facilities and zoned-off areas.

Tan Binh District accounted for the majority of Sunday’s transmission counts with 651 cases, followed by Nha Be District with 539, Thu Duc City with 384, District 6 with 365, and District 4 with 356.

Sunday marked the highest community infection rate in the southern city since the start of the shelter-in-place mandate on August 23.

The rate had ranged between 77 and 90 percent from August 23 to Saturday.

Authorities finished the COVID-19 testing campaign in most of the very high- and high-risk areas on Friday, according to Pham Duc Hai, deputy head of the municipal Steering Committee for COVID-19 Prevention and Control.

Meanwhile, less than 40 percent of the people in other areas have been tested.

The committee has urged functional forces in those areas to accelerate the testing drive, using on-site personnel and encouraging people to take samples on their own for rapid antigen tests, to reach completion by the end of Monday.

City leaders plan to carry out the second round of citywide tests shortly until September 6.

The country has confirmed 431,072 domestic transmissions in 62 out of 63 provinces and cities in its current fourth bout with the virus, which began on April 27.