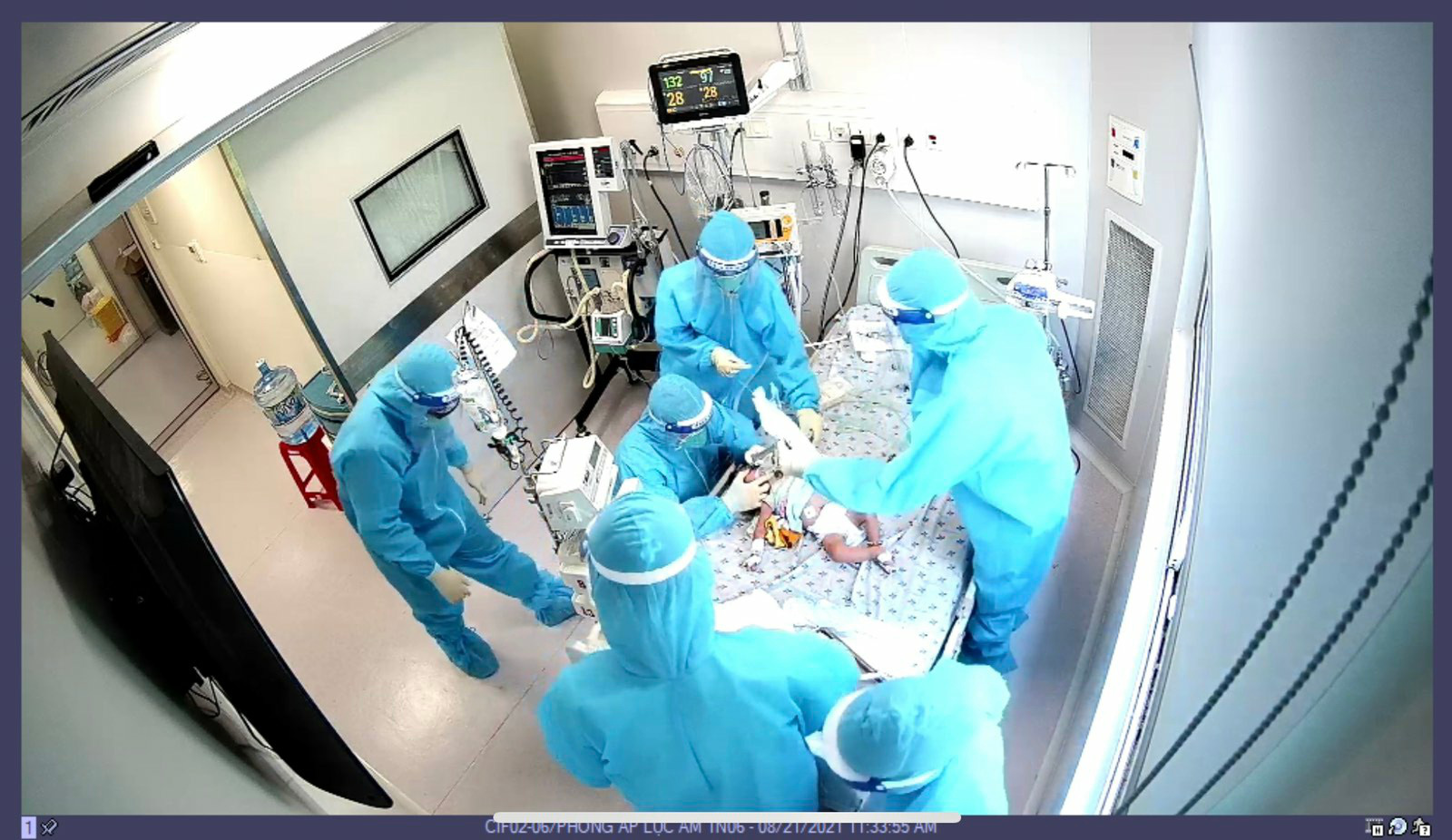 Over 3,100 children hospitalized with COVID-19 in Ho Chi Minh City

Some 3,106 children under 16 years old are among 42,862 COVID-19 patients being treated at hospitals across Ho Chi Minh City, whereas 109,728 others are under home treatment, the city’s Center for Disease Control said on Sunday.

At the hospitals, 2,770 coronavirus patients are depending on ventilation and 22 others are resorting to extracorporeal membrane oxygenation (ECMO), or outside-the-body life support.

Some 2,266 patients were discharged on Saturday, increasing the number of recoveries since the beginning of this year in the city to 122,775.

Among people under home treatment, 84,138 cases have been isolated at home immediately upon detection and 25,590 cases have been quarantined following their discharge from hospitals, according to an update on Friday.

Meanwhile, 23,819 other patients are under care at centralized quarantine facilities.

Functional forces collected 193,662 samples in the city on Saturday, 4,067 or 2.1 percent of which returned positive for the coronavirus, according to the municipal COVID-19 portal.

All of those new infections were community-based.

The Ho Chi Minh City Center for Disease Control said that they have achieved initial results though the epidemic situation remains complicated.

The country has confirmed 520,013 community transmissions in 62 out of its 63 provinces and cities in this fourth – and worst – virus wave.

The national caseload has reached 524,307 infections, with 291,727 recoveries and 13,074 fatalities since the COVID-19 pandemic first struck the nation early last year, according to the Ministry of Health.