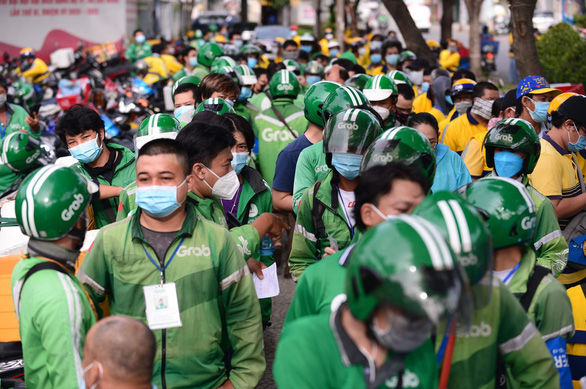 -- Vietnam's State President Nguyen Xuan Phuc visited Pfizer's office in New York on Thursday, according to the Vietnam News Agency. President Phuc was participating in the general debate of the 76th session of the United Nations General Assembly (UNGA 76).

-- Ho CHi Minh City received over 666,000 COVID-19 vaccine doses from the Ministry of Health on Thursday night to provide the second shots to citizens, the municipal Department of Health said the same night.

-- Authorities imposed extensive social distancing measures in Phu Ly, a city of 170,000 residents in northern Ha Nam Province, on Thursday after at least 49 coronavirus infections have been confirmed there in the past few days.

-- The plan to reopen Phu Quoc Island to international visitors in October is now in doubt after a coronavirus outbreak has beeen recorded there in recent times.

-- Vietnam is willing to share experience and information with China for the latter to join the Comprehensive and Progressive Agreement for Trans-Pacific Partnership (CPTPP), Le Thi Thu Hang, spokesperson of the Vietnamese Ministry of Foreign Affairs, said at a press briefing in Hanoi on Thursday.

-- Vietnam routed the Maldives 16-0 in the AFC Women's Asian Cup India 2022 Qualifiers on Thursday. The Golden Stars will take on Tajikistan in their last game on September 29.

-- "Southeast Asian governments must back the Asian Development Bank's (ADB) plans to expedite the closure of coal plants in the region with strong regulation to win funding for the programme," Reuters quoted an energy consultancy as saying in a report on Friday.

-- Tedros Adhanom Ghebreyesus has gained wide support for a second term as head of the World Health Organization, according to Reuters.