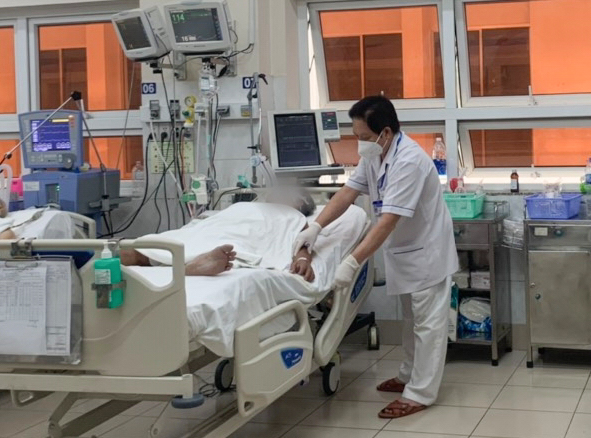 Twelve people were admitted to a hospital in Ho Chi Minh City due to industrial alcohol poisoning last month, of whom six passed away.

A total of 12 patients were brought to the hospital due to methanol poisoning, Dung elaborated, adding that six of them had died while some others were in very bad conditions.

In the latest case, D.A.P., a 39-year-old resident from Binh Tan District, was hospitalized on September 29.

The patient later died even though he had been given continuous dialysis.

P.’s 69-year-old father, who was taken to the hospital a day earlier for the same reason, is still in a deep coma.

In mid-September, two men from Binh Chanh District were also hospitalized due to severe methanol poisoning.

Although they both survived, one suffered permanent blindness while the other lost 50 percent of his vision.

Thong Nhat Hospital admits several of these cases every once in a while, Dr. Dung said, remarking that 12 cases in a month is a very alarming rate.

Most of these patients are poor laborers, he revealed.

According to Dr. Hoang Van Quang, head of the intensive care and anti-poison department at Thong Nhat Hospital, methanol is a type of industrial alcohol, which is much cheaper than ethanol, the main ingredient in alcoholic drinks.

It is difficult to differentiate between the two types of alcohol, Quang continued.

Consuming methanol can be very harmful to the heart, brain, and respiratory system and cause serious conditions including kidney failure, cardiovascular collapse, and blindness.

Most of the six deceased patients had the concentration of methanol in their blood of over 160mg/dl, the doctor elaborated.