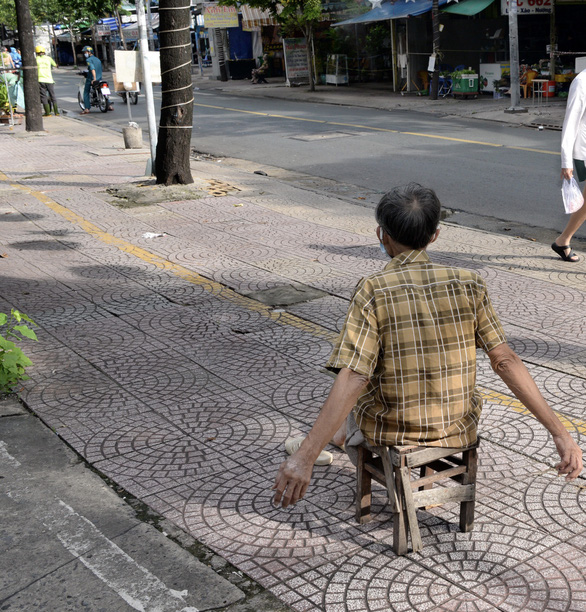 Vietnam is witnessing a surge in symptoms of anxiety and depression amid the COVID-19 pandemic, a trend that is putting the country’s healthcare workers, among other demographics, in harm’s way.

“After contracting COVID-19, I was faced with insomnia and anorexia, which made my body weight drop dramatically,” a patient who is coping with depression told Tuoi Tre (Youth) newspaper.

As witnessed by the country’s general public, these depressive disorders are not only exclusive to coronavirus-positive individuals but have grown into a public health threat by themselves.

Speaking with Tuoi Tre, Dr. Nguyen Thu Van, a practitioner at the National Institute of Mental Health in Hanoi, said her department is tending to multiple patients with mental disorders triggered by the pandemic and its related restrictions.

Among them is a student pursuing a master’s degree in the UK, who was recently repatriated after facing mental health problems.

“Obsessed with contracting the virus while being abroad, the patient used to lock herself indoors, shun all physical connections, including her boyfriend, and only use her phone for contact,” Dr. Van said.

Even when she returned to Vietnam, the patient still refused to take her family members’ phone calls, only responding to them in text messages.

“Being a person with academic achievements, she only started taking the medicine recently after diligently studying the prescription,” Dr. Van said.

“We have not been able to do much intervention with her.”

Another case in treatment at the institute is a 42-year-old man from Nghe An Province, who works labor jobs in a factory.

During the COVID-19 outbreak this summer, he was not infected with the pathogen but was facing another condition while being at home.

“The patient was not able to eat or sleep, which led to weight loss and a lack of focus,” the doctor said.

“After testing negative for the virus, he reached out to us and was diagnosed with depression and anxiety disorders.”

The hospital is also monitoring a senior-year student at Hanoi University, who refused to take the vaccine for fear of adverse consequences, but later took it as his parents forced him to.

He first exhibited symptoms of anxiety after taking the first jab and the disorder exacerbated after the second, causing him to lose sleep, cry, hallucinate, and abandon hygiene routines.

He was later diagnosed with brief psychotic disorder and has received treatment for one month, which has yielded good results so far.

A synopsis of 66 studies globally on mental health problems enkindled by the COVID-19 pandemic has pointed out that 31.4 percent of the patients surveyed face depressive disorders, while 31.9 percent encounter anxiety disorders, 41.9 experience stress episodes, and 37.9 percent have sleep disorders.

Frontline workers and health officers, plus people with underlying conditions and single tenants, are the most vulnerable groups when it comes to these conditions.

In Vietnam, 45.1 percent said they are suffering from anxiety and fatigue, as suggested by a survey carried out by the Vietnam Psychotherapy Association (VnPA) in Ho Chi Minh City and Hanoi back in July and August.

Among the causes for mental health fallouts, financial hardship is the most mentioned, followed by job problems, fear of COVID-19 infections, threats of transmissions from relatives, and family confrontations.

Through online interviews, VnPA also found out that 40 percent of the individuals surveyed are in need of mental health consultations, which draws near to the global figure of 47 percent.

The surge of mental health issues may not stop even after the epidemic is quelled, many doctors warned.

According to Dr. Van, both overthinking about the past and future can lead to mental health issues during this bout of hardship.

More specifically, repetitively dwelling in the past may lead to depression, while excessive musing on the future can possibly cause anxiety disorders.

When faced with these situations, people should seek out support and a sense of intimacy from families, friends, and communities, Van underlined.

Therapeutic activities, including breathing practices, jogging, listening to music, and cleaning the house, are also recommended for people struggling with mental health problems, she added.