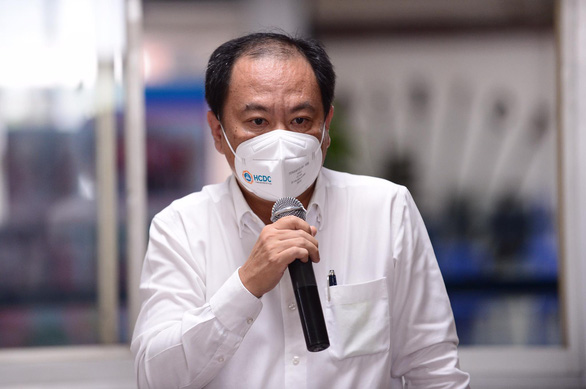 Data from the Ho Chi Minh City Department of Health has shown a higher COVID-19 mortality rate among women than men since the southern metropolis became the country’s hotbed in the fourth transmission wave starting late April.

Women accounted for 58.5 percent of a total of 17,263 COVID-19 deaths in Ho Chi Minh City while men made up the remaining 41.5 percent, the municipal health deputy director Nguyen Hoai Nam said at a press conference on Wednesday.

The city occupied 74 percent of the national death toll of 23,270 COVID-19 fatalities as of Tuesday.

Regarding age, 86.5 percent of the COVID-19 victims in the city were people over 50 years old.

Thirty-eight children and 62 pregnant women were also among the deaths.

At Wednesday’s meeting, Vo Trong Nam, deputy director of the Ho Chi Minh City Department of Culture and Sports, briefed attendees on the organization of a national ceremony to pay tribute to people who have lost their lives to the pandemic in Vietnam.

The event will be organized at several venues across Ho Chi Minh City by the Vietnam Fatherland Front in coordination with authorities in the metropolis and relevant localities at 8:00 pm on Friday.

City authorities encourage religious establishments and owners of vessels and barges docking at the city’s ports to ring their bells and horns, while local people can turn off the lights and light up candles at 8:30 pm that day as memorial rites.

The fourth wave of coronavirus infections, which flared up in Vietnam on April 27 and has become the deadliest the nation has ever faced, has caused 1,050,185 community-based transmissions in all 63 provinces and cities.

Ho Chi Minh City is the biggest epicenter with 451,113 patients, including 17,133 fatalities as of Wednesday.

Health workers have administered more than 103.6 million vaccine doses since inoculation was rolled out on March 8, with over 36.8 million people of the country’s 98-million population having received two injections.