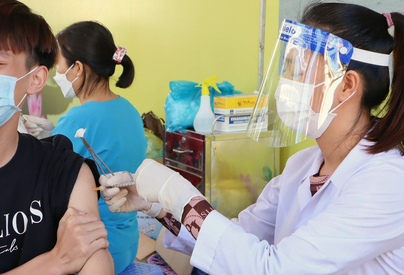 A 12-year-old boy died after getting vaccination against COVID-19 in Vietnam’s southern province of Binh Phuoc on Tuesday, with the exact cause still under investigation, said the provincial Department of Health.

According to preliminary information, the boy, T., received his first Pfizer-BioNTech shot on Monday afternoon.

T. then showed symptoms of dizziness, abdominal pain, and defecation after being sent home in Tan Loi Commune to rest.

His family rushed him to the nearby hospital before transferring him to the General Hospital of Binh Phuoc and then a hospital in Ho Chi Minh City where the boy was pronounced dead.

An expert panel from the Binh Phuoc Department of Health has opened an investigation into the death.

The province started vaccinating children aged 12-17 from November 15, starting with those aged 16-17 and going down, using Pfizer-BioNTech vaccine.

Local health authorities have administered nearly 67,000 first vaccine shots to children aged 12-15 while 98 percent of children aged 16-17 have received at least one dose.

Up to this writing, 96.9 percent of the province’s adult population have received a single dose with 66.7 percent of them having been jabbed twice.

T.’s case has made the third death among children following COVID-19 vaccination in the country.

Previously, two children in northern Vietnam were confirmed dead following vaccination with the the same jab.

The deaths were atttributed to “overreaction to the vaccine” and not linked to the quality of the shot or the vaccination process, according to the Health Ministry.