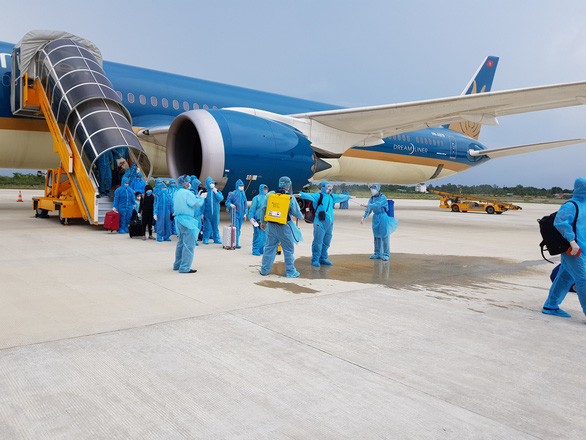 -- President of the Lao National Assembly Xaysomphone Phomvihane left Hanoi on Wednesday afternoon, successfully concluding his official visit to Vietnam from December 6 to 8 at the invitation of NA Chairman Vuong Dinh Hue, the Vietnam News Agency reported the same day.

-- Vietnam's Ministry of Health is expected to issue a new guidance by December 15, in which fully-vaccinated Vietnamese people with a negative COVID-19 test result entering the country will only need to self-isolate and monitor their health at home within a certain time.

-- Local authorities on Wednesday said they were investigating a case in which a 24-year-old woman died while undergoing acne treatment at a spa in Tan Phu District, Ho Chi Minh City a day earlier.

-- The Vietnam International Exhibition on Industrial Machinery Equipment, Technology and Products, or VINAMAC Expo 2021, will be held at the Saigon Exhibition and Convention Center in Ho Chi Minh City from December 15 to 18, the Vietnam News Agency reported on Wednesday.

-- The Consulate General of India in Ho Chi Minh City and the People’s Committee of southern Kien Giang Province on Tuesday organized a virtual meeting on wedding tourism in India and Vietnam, with the presence of more than 80 participants who are government officials, accommodation service providers, and tour operators from southern provinces, the diplomatic agency said in a press release on Wednesday.