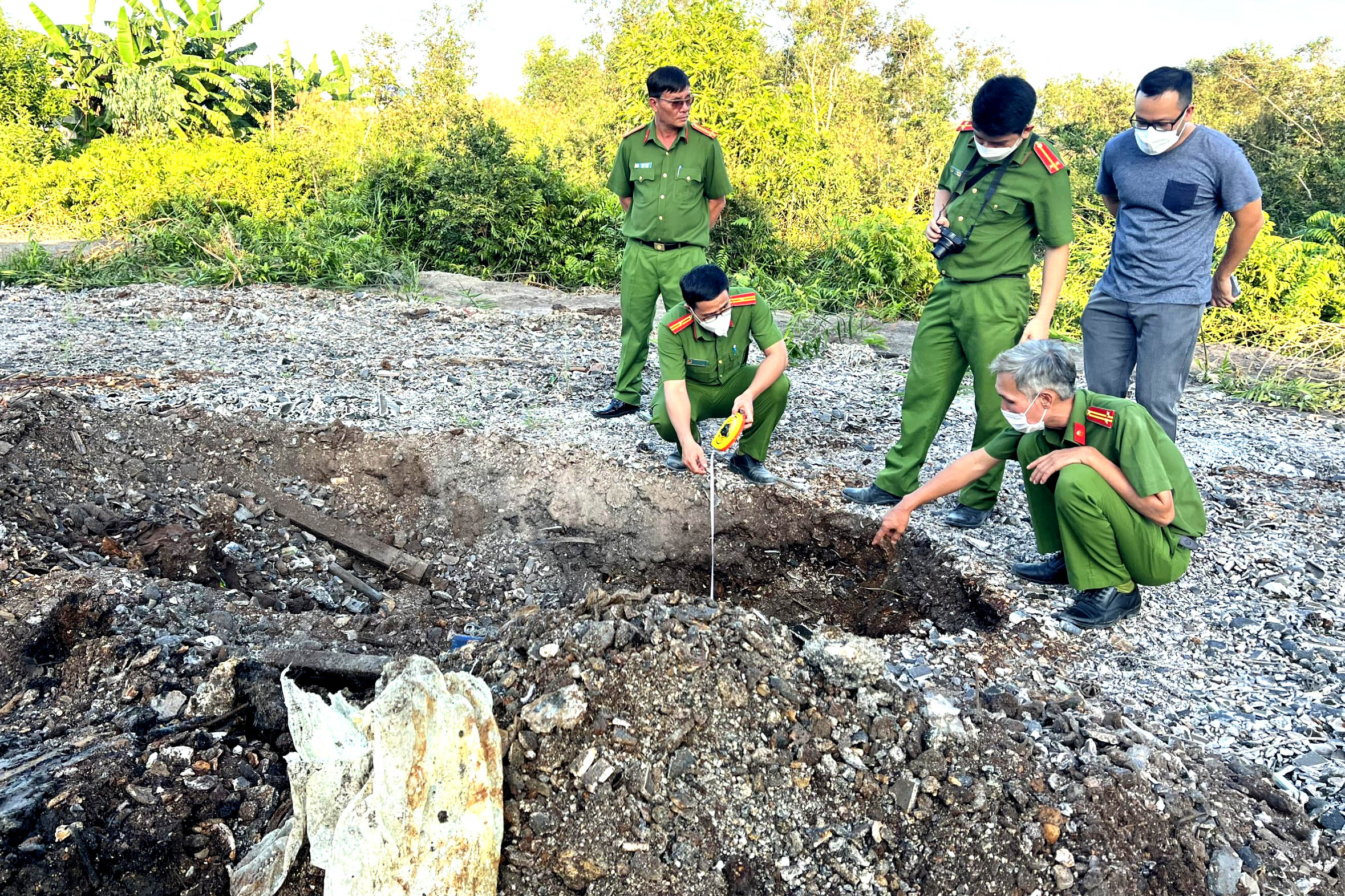 A company in Dong Nai Province, southern Vietnam has been found dumping 900 metric tons of untreated industrial waste into the environment.

Thach was dumping the untreated waste on the premises of Phap Thuong Pagoda.

Preliminary information showed that Thach was just following the direction of his employer.

The waste transport is part of a contract between Advanced Multitech Company and Duc Phat Tai Environmental Company.

The documents provided by Thach showed that he had been transporting the waste to Phap Thuong Pagoda three days a week since February 24.

Approximately 900 metric tons of industrial waste has been dumped at the venue.

According to a representative of Phap Thuong Pagoda, someone previously offered to provide debris needed for land leveling at the pagoda.

Keepers of the pagoda were unaware that the debris was industrial waste, he added.