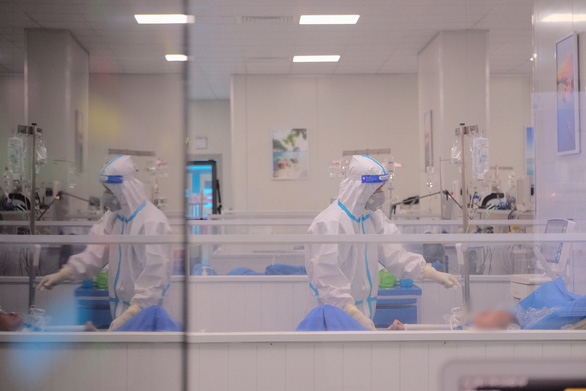 The Ministry of Health logged 11,594 new COVID-19 infections in Vietnam on Friday, along with 8,509 recoveries and 84 virus-linked fatalities.

The newest cases, including eight imported and 11,586 domestic transmissions, were registered in 59 provinces and cities, the health ministry said, noting that 7,062 contracted the coronavirus in the community.

The country has documented 2,308,602 community transmissions in all its 63 provinces and cities since the fourth virus wave erupted on April 27, 2021. Nearly 2.1 million of them have recovered from COVID-19.

Vietnam reported only 1,570 locally-transmitted infections in total in the previous three waves.

The health ministry announced 8,509 recoveries on Friday, lifting the national count to 2,102,456.

The toll has increased to 38,147, with 84 virus-related deaths confirmed today.

Vietnam has recorded 2,315,689 patients in total, including 192 imported and community-based Omicron infections, since the COVID-19 pandemic first hit the country in early 2020.

Healthcare workers have given over 181.6 million vaccine doses, including 6,320 shots on Thursday, since vaccination was rolled out nationwide on March 8, 2021.

More than 79 million of the country’s 98 million people have received at least one dose while above 74.1 million have been jabbed twice.

The number of third doses – including additional primary shots for immunocompromised people, boosters, and third jabs of Cuba’s Abdala vaccine has reached 28,396,696.