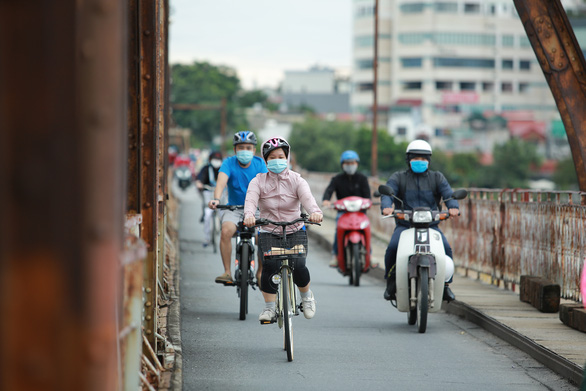 -- The Ministry of Transport on Friday asked the Civil Aviation Authority of Vietnam and airlines to enhance market research to open new international and domestic routes to and from the Can Tho International Airport in the Mekong Delta city of Can Tho.

-- A container truck driven by Nguyen Quoc Trieu, 34, on Friday afternoon suddenly had its cabin on fire while travelling on the Ho Chi Minh City-Long Thanh-Dau Giay Expressway linking the southern metropolis with Long Thanh and Thong Nhat Districts in Dong Nai Province. Initial cause was determined to be an electrical malfunction.

-- Deputy Prime Minister Le Van Thanh has signed a decision approving the National Strategy for Environmental Protection to 2030 with a vision until 2050, in which the government sets targets to prevent the increasing trend of environmental pollution, solve urgent environmental problems, and step by step improve and restore the quality of the environment, the Vietnam News Agency reported on Friday.

-- Police in the southern province of Binh Phuoc on Friday said they had just arrested Nguyen Truong Duy, 35, after he allegedly murdered and robbed his girlfriend in April and escaped to the central province of Quang Tri.

-- More than 5,500 young people in the capital city of Hanoi, with 80 percent of them being females, have registered to work as volunteers for the 31st Southeast Asian Games (SEA Games 31), the Vietnam News Agency reported on Friday.