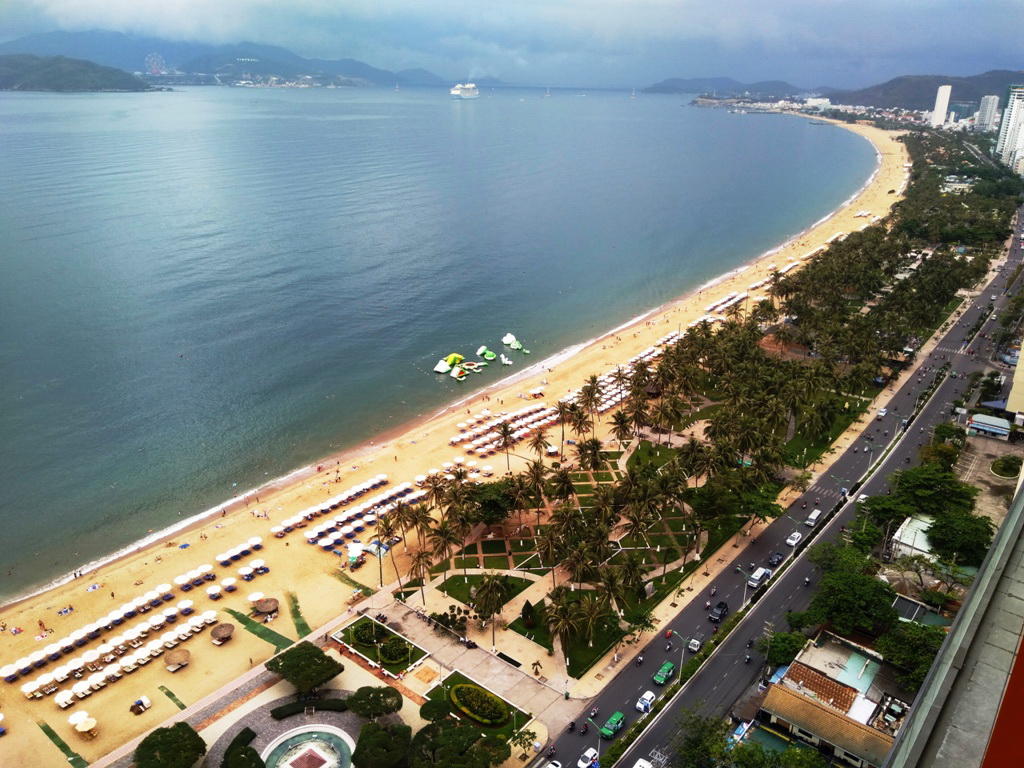 Authorities in the famous resort cities of Nha Trang and Quy Nhon in south-central Vietnam have announced their plans to relocate several hotels from local beaches, but residents are still in doubt as they have heard similar schemes before.

On Thursday last week, Evason Ana Mandara Resort in Nha Trang City, Khanh Hoa Province was closed so that it could be moved to another location.

Like many other residents, Nguyen Van Tho remains skeptical after hearing this news, stating that the resort was still there after three terms of provincial chairmanship.

“Every time the authorities issued an ultimatum, they ended up allowing the resort developer to renew the contract so that the venue could remain on the valuable land plot for some extra years,” Tho elaborated.

In 2011, the Khanh Hoa administration required the resort to terminate its operation by late 2016 and hand over the land plot to local authorities for the construction of a public park.

The developer, Khanh Hoa Investment and Trading Company, was also allowed to lease more than 29 hectares in Cam Ranh Peninsula to construct the new structure.

Ana Mandara changed its name to Evason Ana Mandara, and provincial authorities extended the land lease contract to the end of 2018.

During the time when Nguyen Duc Vinh and Nguyen Tan Tuan were chairmen of the Khanh Hoa People's Committee, Sovico Khanh Hoa made three more requests to postpone the termination of the resort’s operation, citing various reasons.

At a meeting on June 24, the Khanh Hoa People’s Committee concluded that Sovico Khanh Hoa Company had to stop the operation of Evason Ana Mandara Resort on June 30.

Nguyen Van Hoa, general director of Sovico Khanh Hoa, said that the company would comply with the directive and begin welcoming guests to its new venue – Ana Mandara Cam Ranh – on July 7.

The provincial Party Committee announced the plan to relocate these hotels in 2019 to improve Quy Nhon Beach and make way for the establishment of a public park.

Nguyen Minh, who lives in Quy Nhon City, said he and many other residents have been looking forward to the relocation of the three hotels as it has been three years since the plan was first announced.

The Binh Dinh People’s Committee has so far finished the compensation process with the owner of Binh Duong Hotel. The new facility will be built on a 2,800-square-meter land plot on Han Mac Tu Street.

Regarding Hai Au and Hoang Yen Hotels, they will be required to relocate when the lease contracts end, said Nguyen Tuan Thanh, vice-chairman of the provincial administration.

The land lease contract of Hai Au Hotel was previously set to end in 2021.

However, due to the COVID-19 pandemic over the past two years, provincial authorities have allowed the hotel to operate until August 2024 so that the developer can have time to find a new location.

Meanwhile, the lease contract of Hoang Yen Hotel will not expire until May 2052.

The relocation of hotels on Quy Nhon Beach must be carried out step by step according to the road map and in line with the law, Binh Dinh Party chief Ho Quoc Dung stated, adding businesses should be given necessary conditions to continue operating effectively, which will help create jobs and generate more revenue for the province.