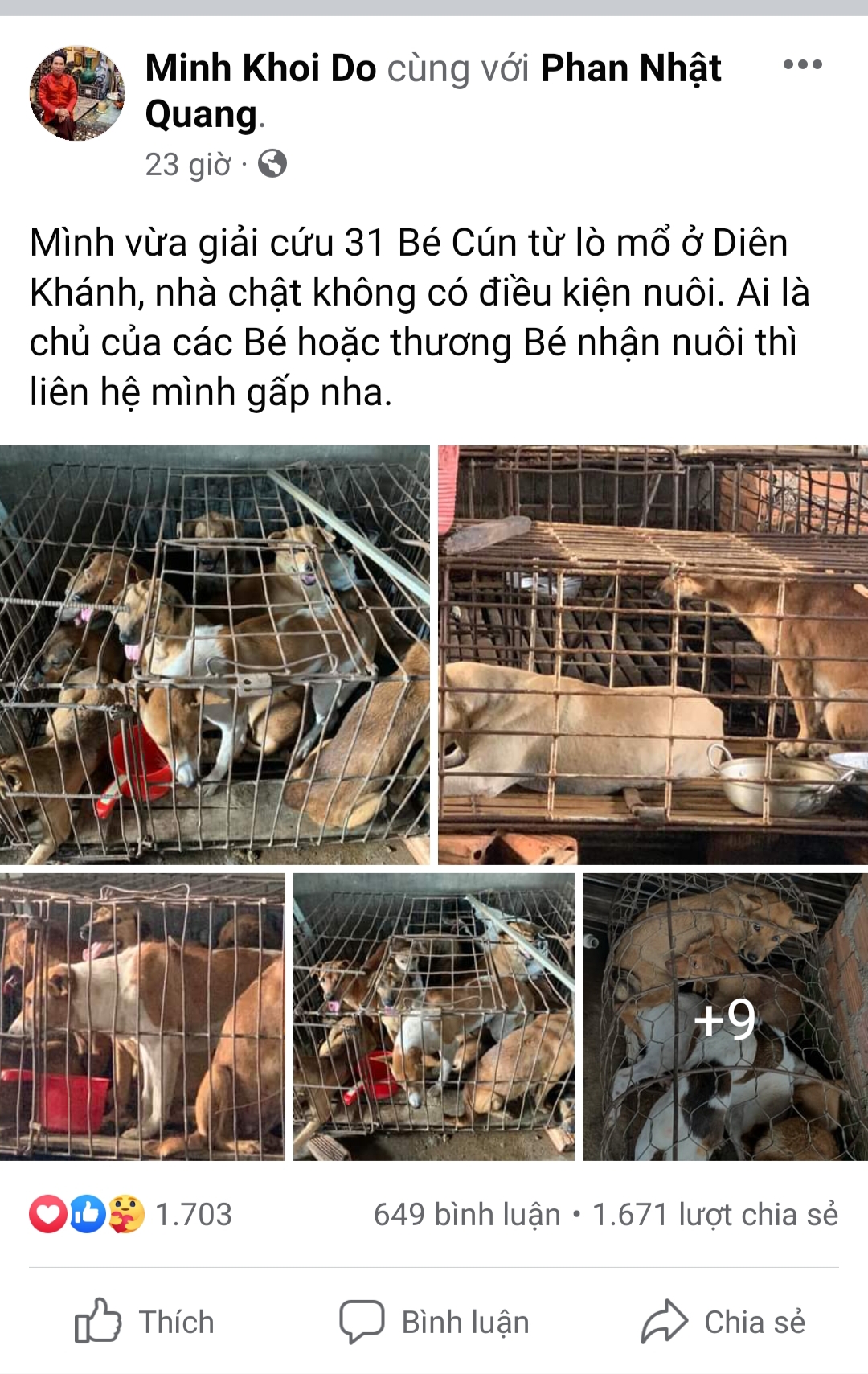 A man from Khanh Hoa Province, south-central Vietnam spent VND24 million (US$1,027) rescuing 31 dogs from a slaughterhouse and is now looking for their owners.

The man, 46-year-old Do Minh Khoi from Nha Trang City, which is the provincial capital, shared the story to his Facebook page on Wednesday.

According to Khoi's account, his two dogs were stolen while he was on a business trip in Hanoi, prompting him and his son to scour dozens of slaughterhouses between Nha Trang City and Dien Khanh District, also in Khanh Hoa Province, to find their beloved pets.

On Wednesday morning, Khoi arrived at a facility in Dien Khanh and saw dozens of dogs locked in cages, ready to be slaughtered.

He wound up buying all of them from the abattoir in order to save them.

“Many of the dogs were exhausted and lying still, while some were sticking their paws out as if they were asking me to save them,” Khoi recalled.

Khoi later posted the story on Facebook in the hope of finding each dog’s owner.

As of Thursday, two people had been reunited with their pets thanks to Khoi.

“Seeing the dogs wagging their tails when they saw their owners made me really happy,” Khoi said.

Tram’s family had raised the dog for two years before it was stolen. They searched several dog meat shops and slaughterhouses in the locality after the canine disappeared.

“I discovered that my dog had been rescued after seeing Khoi’s status on Facebook, so I decided to travel all the way to Nha Trang to get my pet,” Tram said.

“I wanted to give Khoi some money to thank him for saving my dog, but he refused it.”

Khoi plans to keep the rescued canines at his home for about seven days so that their owners can come and take them home, afterward he will take the remaining dogs to a local animal rescue shelter.

As of Thursday, Khoi and his family have yet to find their own lost pets, according to VnExpress.